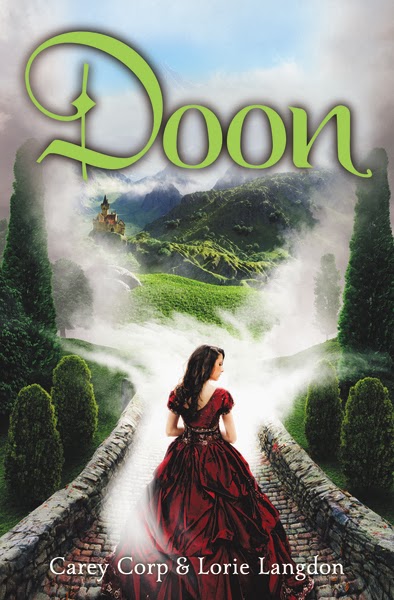 In the first book of the new Doon Novel series, Veronica and her best friend, Mackenna, travel to Scotland for the summer in hopes of finding some peace.

But the Scottish countryside holds a host of secrets—including a passageway to a mysterious land that appears to be a living fairy tale. In the land of Doon, the girls could have everything they’ve ever longed for … or end up breaking an enchantment and find themselves trapped in a world that could soon become a nightmare.

Veronica Welling has been bruised, abandoned, and let down a lot in her life. When her crazy best friend Kenna invites her on the trip of a lifetime to Scotland, she jumps at the chance to get away. She thinks she’s going stir crazy when she has visions of a very attractive man in a kilt beckoning her. When she hears of the mythical town of Doon, her heart tells her there is more to the story and the mysterious man. Thus it begins when Veronica and Kenna embark on a magical journey to the enchanted kingdom of Doon.

Do you know how when you get so caught up in a story that it actually takes you forever to read because you want to savor every single word? Yeah, so that was me reading Doon. It immediately captured my attention with its vivid imagery, witty characters, breath-taking romance, and suspenseful action. It reminded me a lot of Narnia with its symbolism and epic-ness. Veronica and Kenna were the perfect heroines, funny and just plain likeable! I didn’t think I’d like the shifting perspectives, but it worked wonderfully and added so much depth to the story. Jamie and Duncan MacCrae (aka the Brothers MacHotties) were dreamy, complex, and adorable! The story was simply enchanting.

Doon isn’t your typical teen fantasy book; it is a powerful story of faith, love, and destiny. I loved it! The only thing I didn’t love about Doon is the fact that I have to wait until September to see what happens next!