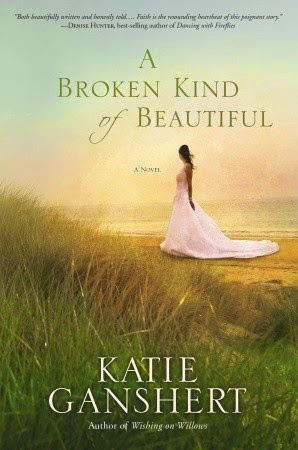 Description:
Sometimes everything you ever learned about yourself is wrong.

Fashion is a fickle industry, a frightening fact for twenty-four year old model Ivy Clark. Ten years in and she’s learned a sacred truth—appearance is everything. Nobody cares about her broken past as long as she looks beautiful for the camera. This is the only life Ivy knows—so when it starts to unravel, she’ll do anything to hold on. Even if that means moving to the quaint island town of Greenbrier, South Carolina, to be the new face of her stepmother’s bridal wear line—an irony too rich for words, since Ivy is far from the pure bride in white.

If only her tenuous future didn’t rest in the hands of Davis Knight, her mysterious new photographer. Not only did he walk away from the kind of success Ivy longs for to work maintenance at a local church, he treats her differently than any man ever has. Somehow, Davis sees through the façade she works so hard to maintain. He, along with a cast of other characters, challenges everything Ivy has come to believe about beauty and worth. Is it possible that God sees her—a woman stained and broken by the world—yet wants her still?

My Thoughts:
Ivy Clark has been a model since she was fourteen years old. Having been in the business for a decade, It’s all she knows who to be. When her career takes a turn for the worse, she agrees to model for her stepmother’s bridal gown line as a last resort. Enter Davis Knight, the photographer for the shoot and her step-cousin. He sees her for who she really is, not the person she tries to portray. What happens next is a beautiful story of letting go of the past and embracing the future.

First off, let me just say that I read this book coming out of a YA sci-fi fiction binge. (What? Don’t judge.) Suffice to say, I wasn’t exactly in a contemporary novel sort of mood (more like drama and action). But, as I had heard so many great things about the book, I decided to finish reading it despite my lack of interest at the time. And boy, did this book surprise me! After I picked it up again, I ended up finishing the entire book within a couple of hours.

Ivy, Davis, Sara, and Marilyn were such genuine characters, each with difficult pasts but overcoming them in a way that was real. The sweet southern charm of Greenbrier, South Carolina made the perfect setting for the novel. The writing style was easy to read—this was my first time reading a book from Katie Ganshert and it definitely won’t be my last. But what made this novel so beautiful was the heart of the story—redemption. Reading along as Ivy broke free from the world and into God’s arms…well, it gave me chills. And then there was the epilogue. I don’t think I’ve ever read a more beautiful ending. It made me cry like a baby.

If you’re a fan of contemporary fiction, you should really read this book. Even if you aren’t, well just check it out anyways! A Broken Kind of Beautiful is a sweet story of love and redemption—and well worth the read.