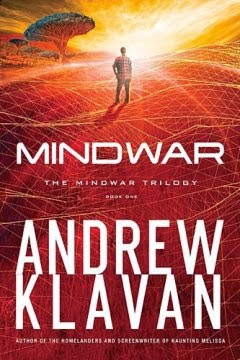 When Rick lost the ability to run, he came one step closer to becoming a hero.

New High Score! New Record Time! Rick nodded with grim satisfaction. He laid the game controller aside on the sofa and reached for his crutches.

Rick Dial was the best quarterback Putnam Hills High School had ever seen. Unflappable. Unstoppable. Number 12. But when a car accident left him crippled, Rick’s life as he knew it ended. He disavowed his triumphant past. He ignored his girlfriend. He disappeared into his bedroom—and into the glowing video screen.

But Rick’s uncanny gaming skills have attracted attention. Dangerous attention. Government agents have uncovered a potentially devastating cyber-threat: a Russian genius has created a digital reality called the Realm, from which he can enter, control, and disrupt American computer systems . . . from transportation to defense. The agents want Rick, quick-thinking quarterback and gaming master, to enter the Realm and stop the madman—before he sends America into chaos.

Entering the Realm will give Rick what he thought he’d never have again: a body as strong and fast as it was before the accident. But this is no game, there are no extra lives, and what happens to Rick in the Realm happens to Rick’s body in reality. Even after Rick agrees to help, he can’t shake the sense that he’s being kept in the dark. Why would a government agency act so aggressively? Can anyone inside the Realm be trusted? How many others have entered before him . . . and failed to return?

In the tradition of Ender’s Game and The Matrix, MindWar is a complex thriller about a seemingly ordinary teenager who discovers a hidden gift—a gift that could make him a hero . . . or cost him everything.

Rating: 4.5 out of 5 stars
My Thoughts:
Rick Dial feels like a shell of the person he used to be. Once upon a time he was the big shot quarterback with the gorgeous and athletic girlfriend, but everything changed when Rick’s car was hit by a truck and broke both his legs. He’s learned to live hiding away in his room playing video games all day– something he’s quite good at. Things go awry in Rick’s life once again when the government notices his unparalleled gaming skills. They ask Rick for his help to stop a Russian madman who has created a virtual reality capable of destroying America, a place called the Realm. Rick agrees to enter the Realm, a dangerous place with unbelievable creatures and strange beings, but also the place where Rick can once again be at the top at his game with fully working legs. The only problem is that unlike video games the Realm gives only one life…and plenty ways to lose it.
The first book I ever read from Andrew Klavan was “The Last Thing I Remember” and ever since then I have been a fan. An author that mixes young adult fiction with complex action and suspense and manages to write it in a way that’s completely enthralling? A winner all the way. MindWar certainly didn’t disappoint. In fact, it was unlike anything I’ve ever read before– perplexing, exciting, unique, and heart-pounding! The world that Klavan created with the Realm absolutely astounded me with it’s downright ingenuity. He paints a picture of the Realm so vividly his readers can’t help but see his vision.
Not only was the world Klavan created wholly fascinating, but the characters and plotline were incredibly portrayed as well. Rick, his parents, Miss Feriss, Mariel, Favian…they are all such well-rounded characters that you can’t help but want to learn more and more about. And I don’t know if it was his realness, heroism, or simply his kick-butt spunk, but Rick was just out-and-out likable. This book had me on the edge of my seat. Forget the edge, it had me falling straight off it! I was literally scared at some points (*sigh*… it had something to do with a spider snake). Another thing I really appreciated about MindWar was that it wasn’t all about mindless action– it was about strategy and courage and passion. This book was a complex thriller that had pretty much everything I love in a good story, except perhaps the scarce romance which I’m hoping pops up more in book two. *wink*
If you enjoy young adult, thrillers, action, suspense, fantasy, or simply just an exciting story you must try MindWar by Andrew Klavan. A book that will leave you breathless, MindWar is one of my favorite young adult reads I’ve picked up this year so far. I finished it so quick it was such a disappointment to find out that book two doesn’t come out until March 2015! I can’t wait to see what Klavan has in store for Rick and the Realm next.

**I received this book from BookLook Bloggers in exchange for my honest review. All thoughts are completely my own.

Any other Andrew Klavan fans reading today? What has been your favorite YA books you’ve read so far this year?

REVIEW: Hidden in the Stars by Robin Caroll (& a giveaway from the author!)
REVIEW: Blind Trust by Sandra Orchard
REVIEW: Revelation by Jennifer Hartz
REVIEW: I'll Be Yours by Jenny B. Jones
« Cinnamon Roll Skillet Cake
REVIEW: The Pursuit of Tamsen Littlejohn by Lori Benton »