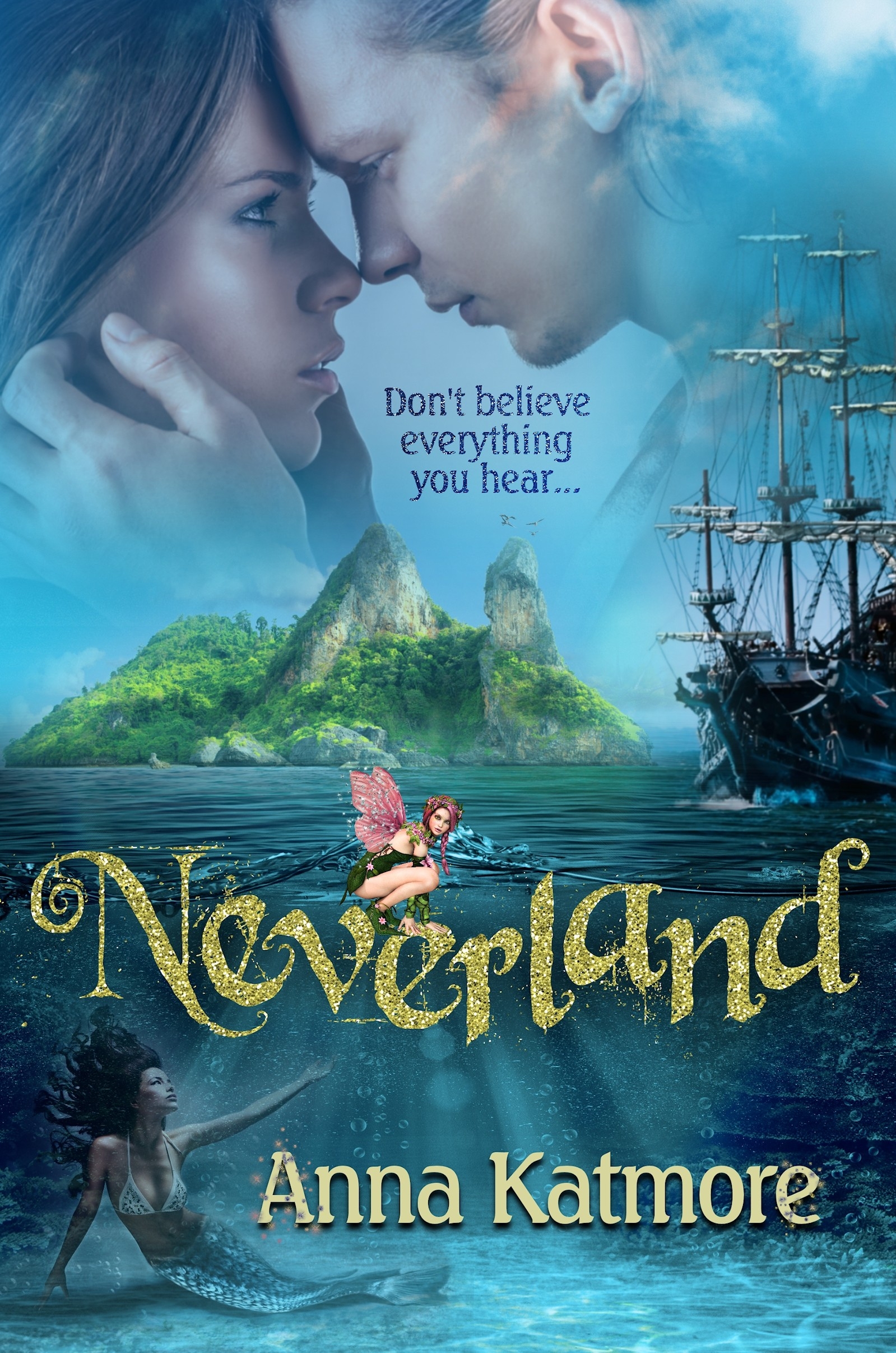 Why is there a boy who doesn’t want to grow up? How can an apple start the sweetest romance in fairytale history? And what does a ruthless pirate have to do with it all?

Although Angelina McFarland loves reading fairytales, she never dreamed of falling right into one herself. But that’s exactly what happens when she slips on her balcony and a flying Peter Pan catches her mid-fall.

Ending up in Neverland where no one seems to age and laws of nature are out of control, Angel has no idea how to get home. Worse, the ruthless Captain Hook captures her and keeps her trapped on his ship, the Jolly Roger, where she gets caught between the lines of a timeless battle. But the more time Angel spends with the captain, the more she sees beneath his ruthless façade. The feelings she’s growing for him are as intense as shocking, and soon she can’t stop thinking about how soft his lips felt on hers when he kissed her under the stars. But Angel and a pirate? That’ll never work. Or can it?

As Angel desperately tries to find a way to return to her real life, she discovers a train ticket to London in her pocket. It won’t be any help in getting off the island, but as her memory fades away the longer she stays, this is all she has left to remind her of her former life and why she can’t give up trying.

Or is staying in Neverland forever the better choice after all?

A senior in high school, Angelina McFarland lives in a London mansion with her parents and beloved 5-year-old twin sisters. After the nanny leaves, Angel spends her weekends watching her little sisters and telling them stories of magical lands–their favorite being Peter Pan. One snowy evening, Angel falls from her one-story balcony and lands in Neverland. Faced with Peter and the Lost Boys, mermaids, and dashing pirates is only the beginning in this epic adventure. But fighting to get back to her family gets decidedly harder and very complicated when she begins to fall in love… with Hook.

Bre said there’s only one real adventure in this world. Love. It’s finding the one person who makes you want to be better than you are.”
― Anna Katmore, Neverland

Starting Neverland, I wasn’t expecting much. Sure, I loved the Peter Pan movie (live-action one with Jeremy Sumpter) as a kid, and even enjoyed the Once Upon a Time story arc more recently. But honestly I had always been kinda creeped out by the story of a flying boy stealing kids away in the night (is it just me?!?). So, starting wary, I was most pleasantly surprised to find that this book was super enchanting, and not at all creepy. *wink* Anna Katmore wove this retelling of the classic with perfect ease and created a unique perspective that pulls the reader straight into Neverland and doesn’t let go.

One thing I was particularly impressed with was how the author set up the story and characters. We truly understand Angel’s desperate need to get back home, because we understood her love for her sisters. Angel was easy-to-like with her feisty and caring personality, and that’s what I found with most of the characters. Peter, the Lost Boys, fairy Tami, and “Jamie” Hook were just plain lovable. And let’s focus of Hook for a moment… can we say swoon-worthy?! His piercing blue eyes and shaggy blonde hair brought to mind Garrett Hedlund, the actor set to play Hook in the upcoming 2015 Pan movie. Hook was multi-dimensional, and his unique back-story and kind soul is a definite treat for the fairytale lover. His love for Angel was true and unselfish, and we the reader loved him for it.

No onto the things I didn’t like. My biggest disappointment with this book, and the reason I didn’t give it more stars, was that there was completely unnecessary PG-13 type content. Bad language was prevalent throughout the book, which annoyed me to no end. If not for the questionable content, I would’ve enjoyed this one a whole lot more. As it was, and despite the fact they were all teenagers, I wouldn’t exactly consider this a YA as much as a NA.

A magical Peter Pan retelling from the perspective of Angel, Neverland is not to be overlooked in the fairytale department. It was a magical ride that had me straight-up gushing. And if not for some bad content, it could’ve even been a favorite. The cliffhanger leaves me wondering–what does Katmore have in store for Angel, Pan, and Hook next?

{Content Warning: As I mentioned above, there is a whole lot of bad language throughout the book, including a few f— bombs, sh-t, b—-rd, g-d–n, and a couple more instances of the Lord’s name being used in vain. In addition there are two long and descriptive kissing scenes, and one bedroom scene that fades to black. Lots of adventure action and some violence, but not anything especially graphic. Definitely at the very least would be considered PG-13 content.}

Thanks for visiting my blog! Do you like the story of Peter Pan? What are some of your favorite YA fairytale retellings? ♥