After serving out a year of hard labor in the salt mines of Endovier for her crimes, 18-year-old assassin Celaena Sardothien is dragged before the Crown Prince.

Prince Dorian offers her her freedom on one condition: she must act as his champion in a competition to find a new royal assassin. Her opponents are men-thieves and assassins and warriors from across the empire, each sponsored by a member of the king’s council. If she beats her opponents in a series of eliminations, she’ll serve the kingdom for three years and then be granted her freedom. Celaena finds her training sessions with the captain of the guard, Westfall, challenging and exhilirating. But she’s bored stiff by court life. Things get a little more interesting when the prince starts to show interest in her… but it’s the gruff Captain Westfall who seems to understand her best. Then one of the other contestants turns up dead… quickly followed by another. Can Celaena figure out who the killer is before she becomes a victim? As the young assassin investigates, her search leads her to discover a greater destiny than she could possibly have imagined.

This past weekend I attended my first book event ever, BOOK CON! It was an exciting, overwhelming, and fun time. One of my favorite things about it was the author panels, and one of the events I attended was with Sarah J. Maas. Now, I’ve been meaning to read Throne of Glass 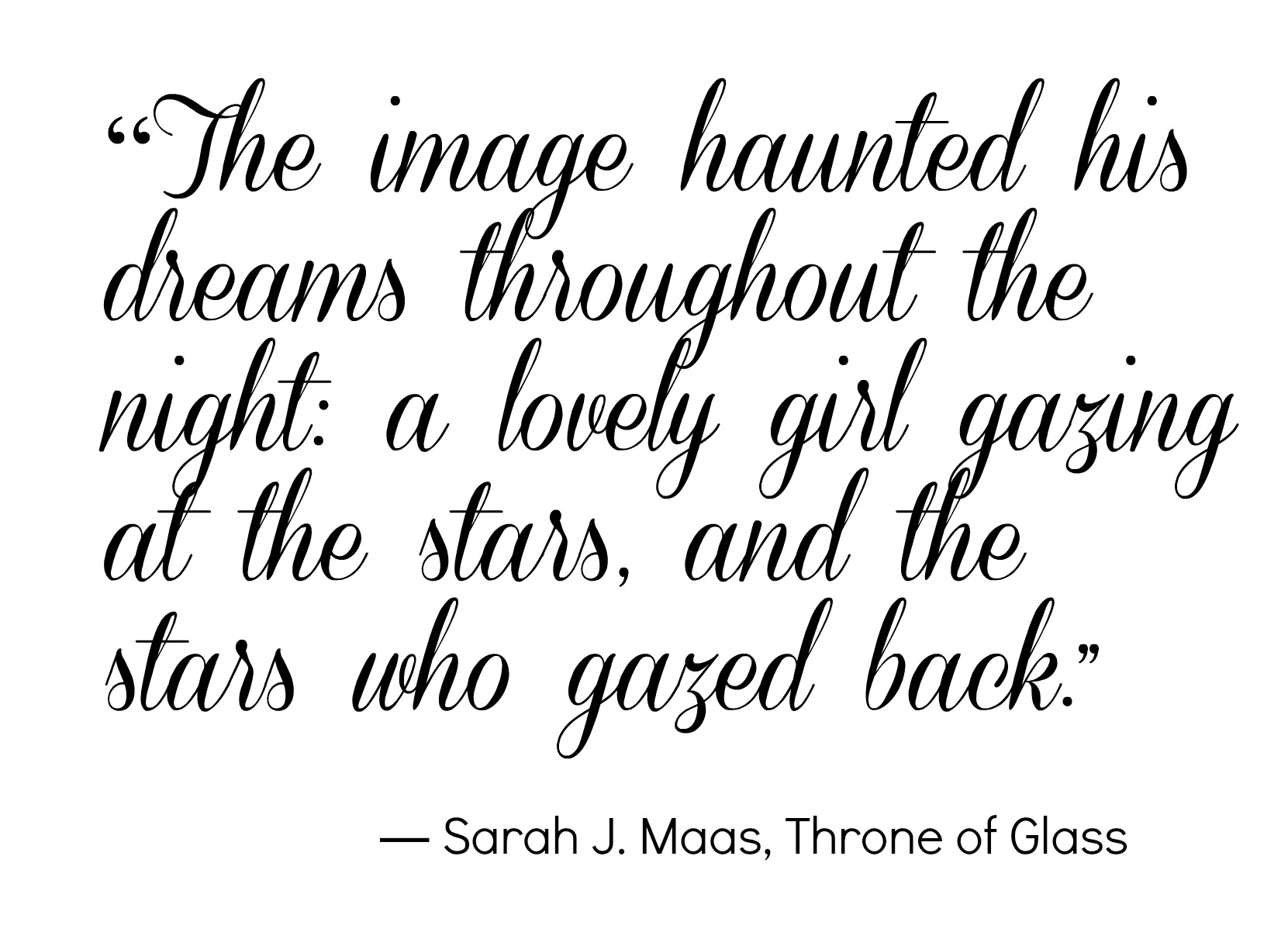 for quite some time, but always kept it on the backburner since I had so many review copies I needed to get to first. But after hearing her speak about her books and realizing how funny and lovable she was, I resolved to make TOG my priority on my to-be-read list! And boy, am I glad I did. Before I get into everything, let me talk a little on what it’s all about (even though you probably already know considering it’s mass popularity). 😉

Celaena Sardothien was trained as an assassin in the land of Erilea since a very young age. By the age of 18, her name is the most notorious one in the world. Now imprisoned in a death camp named Endovier, she receives a surprising visit from the Crown Prince Dorian and Captain of the Guard Chaol. They make her a deal — compete to become the king of Adarlan’s champion (his personal assassin) and gain her freedom after four years, or stay in Endovier and die a slow, painful death. Without much of a choice, Celaena agrees to the competition with fellow criminals, thieves, and assassins. Both Chaol and Dorian know they must keep a careful eye on the beautiful assassin, 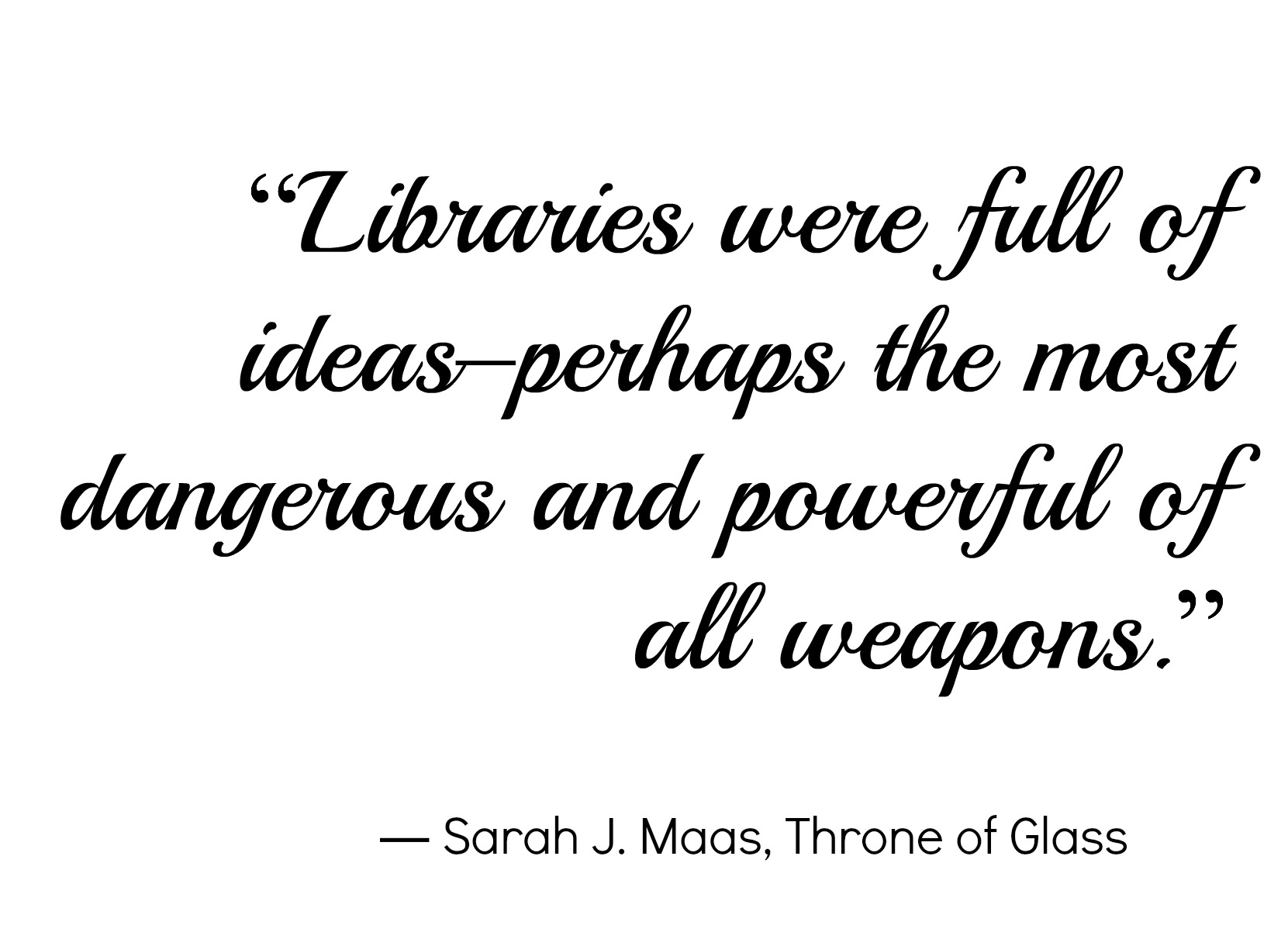 but as time goes on they begin to care for Celaena. But things are not all as they seem. Evil forces are brewing in the castle — killing her fellow competitors — and Celaena might be the only one who can destroy it before it takes them all.

My first thought when starting this novel was, “what are these names?” so before I go on I’d like to mention that Chaol in NOT pronounced “Chow-el” as I initially thought but “Kay-ell.” Sarah has a much appreciated pronunciation guide on her site that I looked up after the second chapter of calling Chaol “Chow-el” in my head and thinking, “this just can’t be right.” Ha!

Anyways, about the actual story — wow! What an incredible, fantastical ride. Celaena is a heroine to behold, with a fiery temper and a hopeful heart. I was worried I wouldn’t like her at the beginning (I mean, she is an assassin after all) but the author skillfully created a tough, kick-butt main character while also making sure she kept her humanity and softness. And don’t get me started on Chaol and Dorian! These leading men made for some engrossing scenes and the love triangle that results didn’t bother me at all, in fact it was one of the plot points I enjoyed most.

The world of Erilea is a downright captivating one, with vivid sceneries causing our minds to explode with the possibilities. I was thrust into the world of assassins and royal courts, balls and vicious competitors, forbidden magic and dark forces so 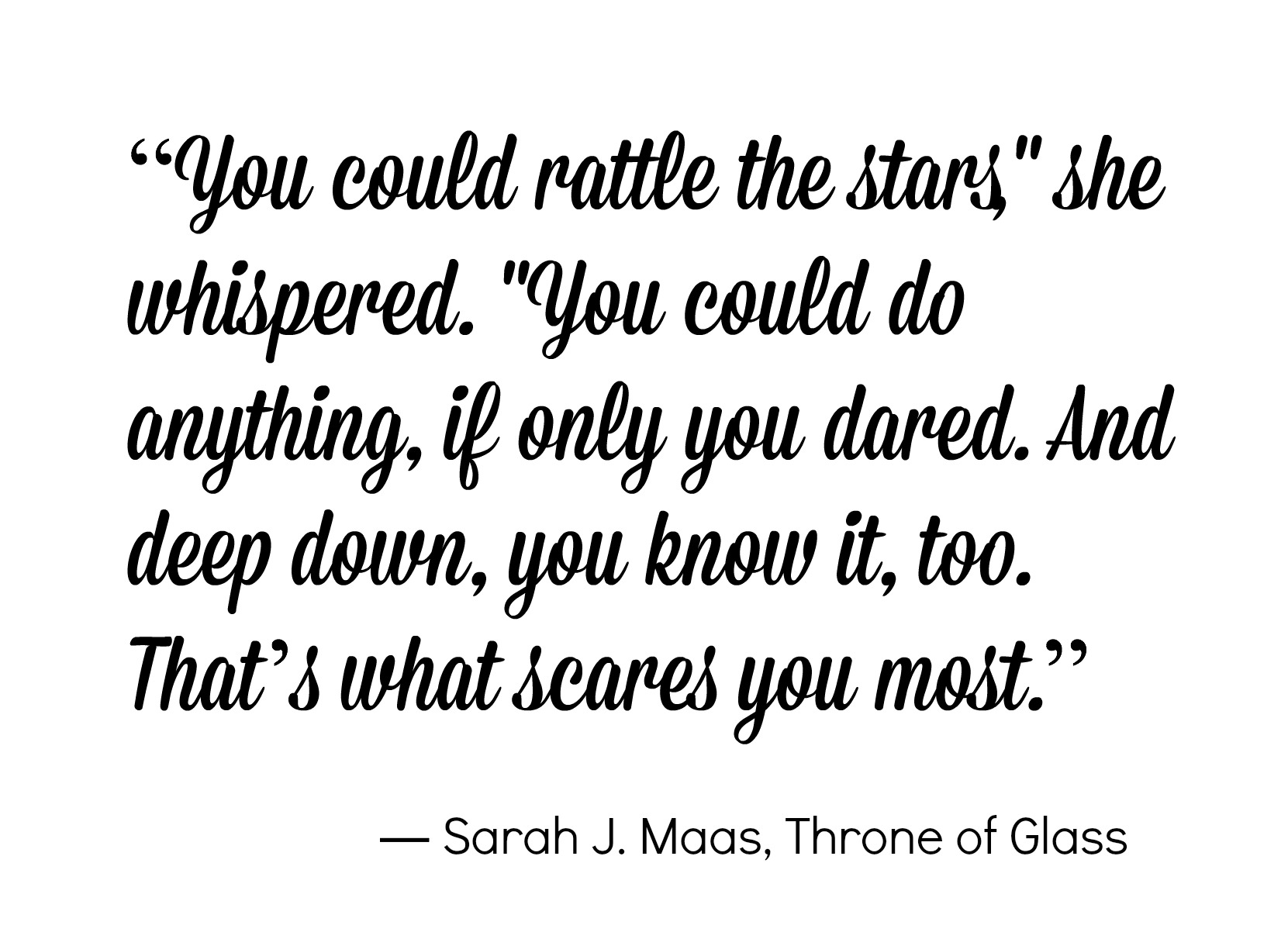 quickly my head spun from the rush of it. I couldn’t take my eyes off the unfolding tale, and if I could have I probably would’ve stayed up through the night just to finish! The idea that even an assassin can be redeemed, hope can never be broken, and love can be found even in the toughest circumstances…this had everything I wish for in a story and more.

Of course, like with any book ever, I can go into the “nitpicky” things like how I didn’t love the whole gods, goddesses, faeries, demons, and other mythical creatures…but I knew going into this book that it was a fantasy novel involving things like that. So I just brushed it off and took it for what it is — a STORY. An adventurous, thrilling, romantic, exceptionally plotted, and just plain awesome one at that! I am so excited to read the second in this series (already ordered on Amazon!) and can’t wait to explore deeper into Celaena’s past whilst watching her become the hero I know she will be. Highly recommended for those of you who enjoy exploring fantasy worlds in the YA genre.

{Content Warning: Parents, I’d say this was a PG-13 book. While there’s nothing explicit, much is implied and overall it just has mature themes throughout — like dark magic, blossoming relationships, mythical creatures, murder, death camps, tyrannical king, torture, etc.}

Now, I really enjoyed this book so I wanted to share the goodness and host a little giveaway. I will be giving away one paperback copy of Throne of Glass to one of my readers! Some rules first. (I know they’re boring, but it’s necessary. Sorry!) #1: Must be 18 years or older to enter, OR have permission of parent/guardian. #2: Open to US only, please. Sorry, international peeps — I’ll be sending straight from Amazon. #3: If leaving comment under anonymous, just leave me a name so I can verify your entry. That’s it! Giveaway ends June 2nd at midnight.

Good luck, you guys! Have you read TOG? Is it on your to-be-read? What YA fantasy novels have you read and loved? Thank you so much for stopping by my blog. ♥