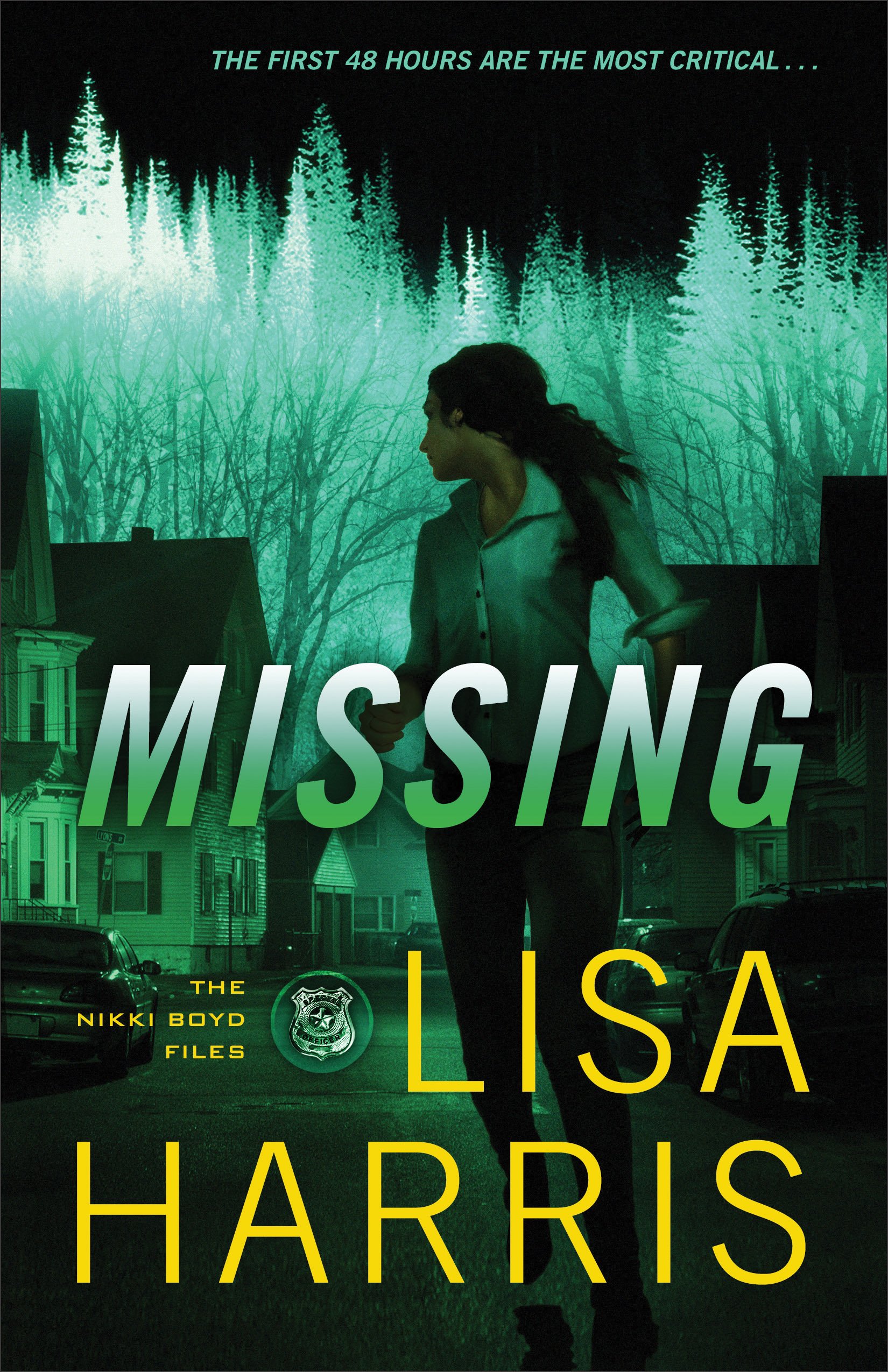 Nikki Boyd isn’t usually called in on homicides; her forte is missing persons. But when a case with two murdered and two missing pops up on a quiet suburban street, she’s ready to start the investigation and find missing homeowners Mac and Lucy Hudson. When the first clues lead her to the boat of her friend Tyler Grant–and another dead body–Nikki must untangle what ties Tyler to the Hudsons. The clues pull her into a deadly maze of counterfeit drugs and a killer who will stop at nothing to silence anyone who threatens his business–including Nikki.

There is almost nothing better than cracking open a new novel from a favorite author. Like with all of Lisa Harris’s books, I quickly became attached to the story and characters when reading Vendetta, the first in this series. Missing brings that same level of suspense building, realistic romance, and non-stop action.

She needed to get out of the water and run. To warn Tyler that it wasn’t safe. Because she had been right. His life was still in danger. Her life was in danger.” -Lisa Harris, Missing

Nikki Boyd and her team don’t usually get called in for a homicide, but this new case proves to be unique when it’s discovered that the homeowners, Mac and Lucy Hudson, are missing from the crime scene. Nikki and her partner Jack follow the first lead to a marina and a particular boat, which happens to be owned by Nikki’s friend Tyler Grant. She finds herself at another crime scene when her team discovers a third dead body on board, and Tyler in what seems to be a compromising position. Nikki knows Tyler can’t be involved, but struggles to find his connection to the case. What starts as a homicide and a missing persons case turns into something on a far grander scale, as clues of counterfeit drug conspiracy pop up. Nikki races to find the missing woman while unraveling the clues and uncovering the truth, which a killer will stop at nothing to keep buried.

Two things I adored about this book — the first was the evolving relationship between Nikki and Tyler. The second was the continuation of the storyline that started in the first book involving Nikki’s missing sister Sarah. Everything else in this story kind of faded into the background for me in light of this. I lived for those few scenes, probably because I love these characters so much. Don’t get me wrong, there is so many aspects to be admired in this sequel — such as the crazy action and intriguing mystery that will definitely get your heart thumping. But it didn’t thrill me as much as the more personal storylines.

Though I enjoyed the explosive Vendetta a bit more than this sequel, I am eagerly anticipating the next book! I’m dying to know what happened to Nikki’s sister and see her and Tyler’s slow-going relationship finally bloom. This series can only be described as romantic suspense done well!

{Content: A pretty clean, PG read. Nothing at all explicit, but there is mentions of extramarital affairs, violence including a murder-suicide, and drugs.} 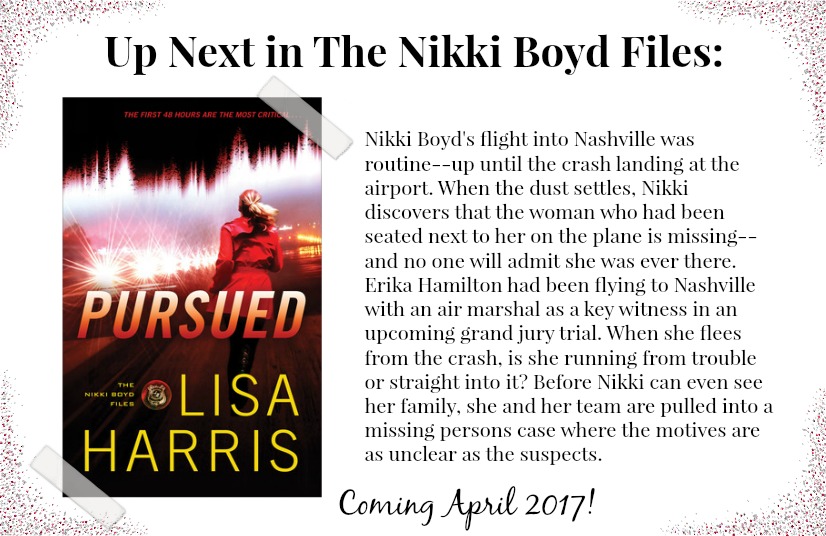 Isn’t the next book just gorgeous?! I want to hear from YOU. What type of genres do you read? Thanks so much for visiting Will Bake for Books! ♥