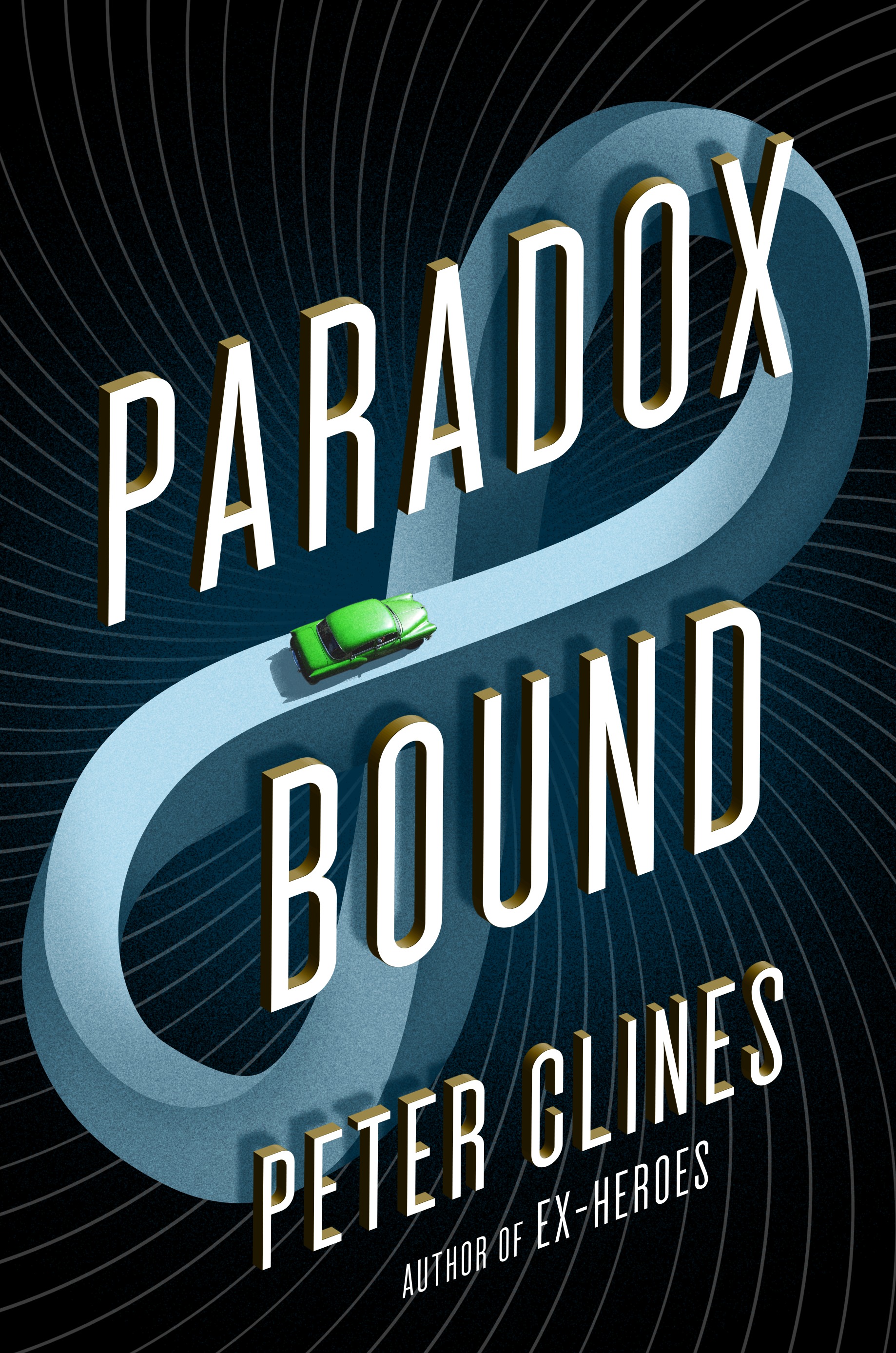 Nothing ever changes in Sanders. The town’s still got a video store, for god’s sake. So why doesn’t Eli Teague want to leave? Not that he’d ever admit it, but maybe he’s been waiting—waiting for the traveler to come back. The one who’s roared into his life twice before, pausing just long enough to drop tantalizing clues before disappearing in a cloud of gunfire and a squeal of tires. The one who’s a walking anachronism, with her tricorne hat, flintlock rifle, and steampunked Model-A Ford. The one who’s being pursued by…something. So when the mysterious traveler finally reappears, Eli’s determined that this time, he’s going to get some answers. But his hunt soon yields far more than he bargained for, plunging him headlong into a dizzying world full of competing factions and figures straight out of legend. To make sense of the mystery at its heart, he must embark on a breakneck chase across the country and through two centuries of history­—with nothing less than America’s past, present, and future at stake.

I picked up this book when I saw it involved time travel. Some of my favorite tv shows have a major time travel plot, like Doctor Who and Timeless. I haven’t a lot of science fiction, but I knew I had to give it a try on that aspect alone! I admit, the insanely cool cover also had a thing or two to do with my decision…isn’t it simply stunning?!

This story begins in a small Maine town and follows a desultory man named Eli Teague, who has been obsessed with an eccentric woman who’s made mysterious appearances in and out of his life since he was a child. (I’d like to say more, but I don’t want to give away any of the plot!)

I really don’t like saying bad things about a book, but I have to be honest—this wasn’t my cup of tea. Before I get into the nitty-gritty, I’d like to mention what I thought were some good things about this book. The very first chapter was so intriguing and pulled me in. The characters were magnetic with their charm and human qualities. The dialogue between the two main characters was so quick, making them a fantastic team. I also loved how everything came full circle in the end.

Now onto what I didn’t like. This is probably just me, but I couldn’t get past the amount of details and brain power it took to understand the story. It was like information overload. I don’t mind details if I’m learning something in the process e.g. historical facts. With these details, I didn’t find it enjoyable to try and understand everything, given how difficult it was. The characters explained everything in theories and speculation, and while I understand that was the point, it was so hard to follow along and a whole lot of it just didn’t make sense to me. Things like the Freemasons, Egyptian gods, the American Dream, slick spots, etc., and how it related to the beginning of America. My head was absolutely spinning by the time I was halfway through. In all honesty, the best part of this entire book was reading the author’s interesting Afterword.

I don’t know, maybe science fiction in books are not for me. I think I’ll just stick with movies and tv shows to get my sci-fi fix.

*I received this book from Blogging for Books for this review.
Content Warning: {Contains bad language, including a dozen or more uses of the f word, g-d—-t, da-n, h-ll, and Jesus’ name is used as a swear word. Would be rated R if a movie.}

REVIEW: The Mountain Between Us by Charles Martin
REVIEW: True to You by Becky Wade
REVIEW: Pretty Crooked by Elisa Ludwig
REVIEW + GIVEAWAY: Her One and Only by Becky Wade
« Kit Kat Cookies
5 Ingredient Banana Pudding Trifle »