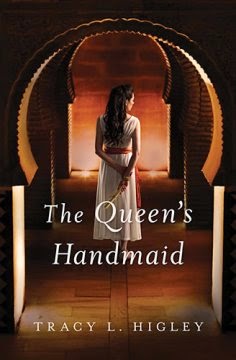 Description:
From the servant halls of Cleopatra’s Egyptian palace to the courts of Herod the Great, Lydia will serve two queens to see prophecy fulfilled.

Orphaned at birth, Lydia was raised as a servant in Cleopatra’s palace, working hard to please while keeping everyone at arm’s length. She’s been rejected and left with a broken heart too many times in her short life.

But then her dying mentor entrusts her with secret writings of the prophet Daniel and charges her to deliver this vital information to those watching for the promised King of Israel. Lydia must leave the nearest thing she’s had to family and flee to Jerusalem. Once in the Holy City, she attaches herself to the newly appointed king, Herod the Great, as handmaid to Queen Mariamme.

Trapped among the scheming women of Herod’s political family-his sister, his wife, and their mothers-and forced to serve in the palace to protect her treasure, Lydia must deliver the scrolls before dark forces warring against the truth destroy all hope of the coming Messiah.

My Thoughts:
Lydia is an orphan with no idea of her past or of where she came from. Raised by the servants as Cleopatra and her children’s handmaid, she has never felt like she belonged. When old friend and father-figure Samuel tells Lydia with his dying breath that she must flee Egypt and go to Jerusalem with a mission from the One God, Lydia complies and leaves with Herod to become handmaid to his future wife Marriame.The Queen’s Handmaid is a historic tale of faith, love, power, and destiny.

How do I explain this book justly? It was fascinating, powerful, exciting, gave me chills, and held my attention until the very last sentence. I really enjoy biblical historical fiction and The Queen’s Handmaid is probably one of the best I’ve read. This was my first book from Tracy L. Higley and I was surprised at how skillfully the mix of romance, intrigue, and destiny was written. I can’t wait to check out more of Higley’s books now! Lydia, David, Mariamme, and Simon were beautiful characters that I could both relate with and learn from and I’m sure that’s not easy to do with historical fiction. The plot kept me on the edge of my seat. The descriptions of historical Egypt, Rome, and Jerusalem made me feel as if I was there! My favorite part of this book was the message that there is only One True God and He holds all of our destinies within His hand.

Not since books such as Pearl Maiden, Quo Vadis, etc. have I been so enthralled with a story. I cannot recommend this book enough! The Queen’s Handmaid is an absolute gem and I am thrilled to add it to my bookshelf!