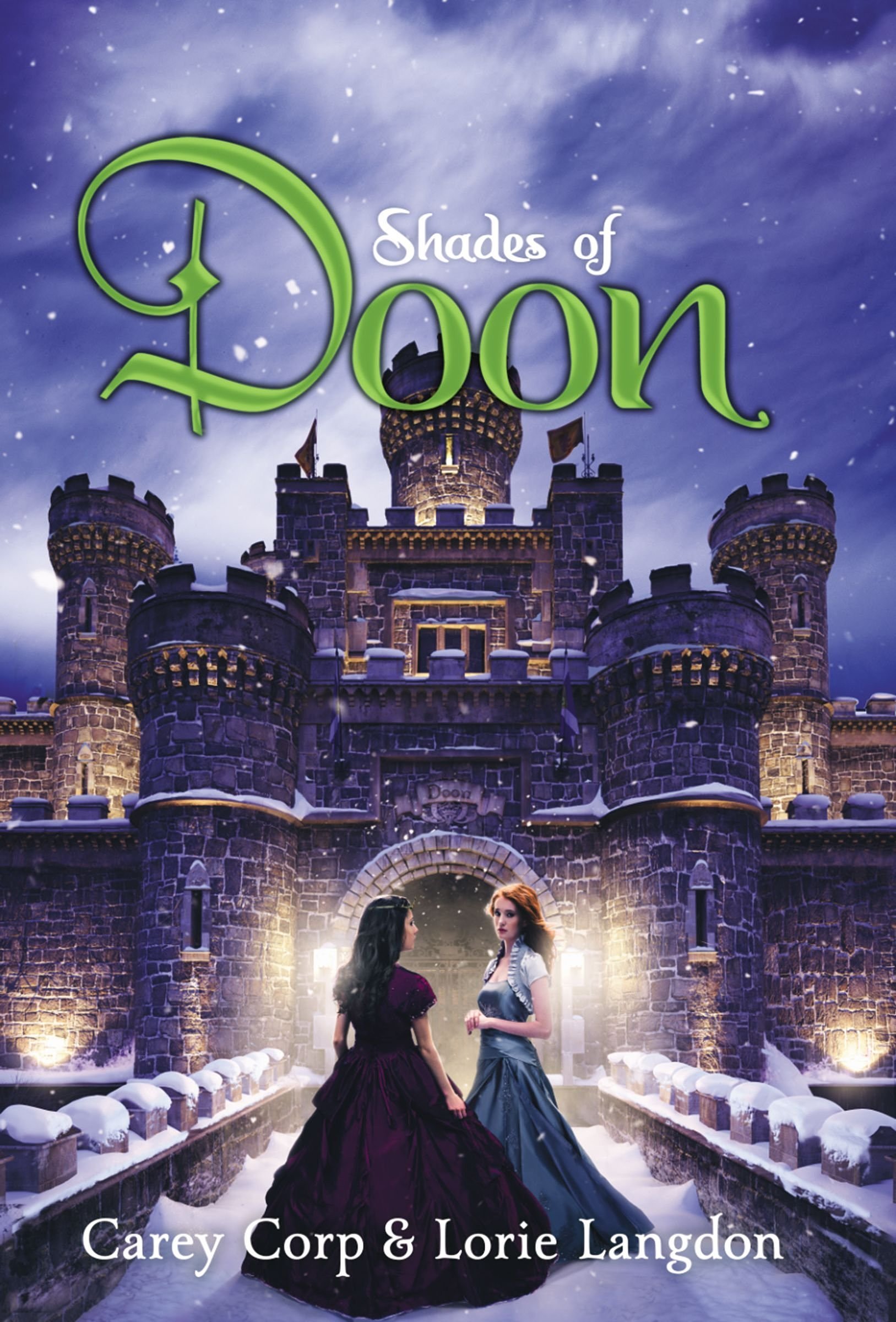 After cheating death, Veronica Welling is determined to savor every moment in her idyllic kingdom with both her true love and best friend by her side at last.

At the same time, Mackenna Reid is enthusiastically building her new life and a theater with her prince. But just as their dreams of happiness are within reach, the world Vee and Kenna have chosen is ripped away, leaving them to face their most horrific challenge yet—their old lives.

Thrust out of Doon, the best friends are confronted with tormentors from their past and no way to return to their adopted land. When the MacCrae brothers rush to their rescue, the girls’ situation turns from nightmare to modern-day fairy tale. But their happiness could be short lived: unbeknownst to them, someone in their closest circle is aiding the witch of Doon in her bid to destroy the kingdom once and for all.

Besties Veronica Welling and McKenna Reid are back in this exciting continuation of the epic Doon series! Vee faced a harrowing end when we left her in Destined for Doon. Now back in action, she’s unsure of what caused her sudden brush with death in the first place. Nonetheless, Vee and Kenna are determined to make the most of their lives in Doon- Vee by protecting her people and leading alongside her love Jamie, and Kenna by building her future with Duncan and starting a Doonian theatre. But whatever illness befell Vee previously refuses to let go of her, and things go from bad to worse when Vee and Kenna are thrust out of Doon and back into their old, not-so-wonderful lives. The MacCrae brothers come to their rescue, but they soon discover that an old enemy is still in their midst…one who has the power to take everything they hold dear and everyone they love away from them.

Honestly, I have been putting off finishing this book for a very long time (despite itching to find out what happens after book #2) because I knew that when I did I was going to hate the fact that I had to wait to see what happens. It’s kind of a weird habit I have- when I really become attached to a book series/tv show I drag it out as long as possible. Oh, the troubles of a fangirl. 😉 This morning I finally resolved to finish it after binge-watching Once Upon a Time with my little sister last night and being reminded just how enjoyable retellings can be! And I am very glad I did.

Shades of Doon was everything I could’ve hoped for in a continuation- more epic adventure, adorable romance, and breath-taking suspense. Doon was as vividly described as the first two in the series and the story played out like a movie in my head. (Can they please make these books into a tv show or something?!) I liked that Vee and Kenna got equal “time” in this third book, their shifting perspectives and witty friendship felt more natural than ever. Also loved the fact that they were learning to rely on the Protector and discovering their own power within. Vee and Kenna showed a lot of character growth and depth. Another thing I adored was the throwback to their pasts and the mixing of two worlds- after Destined for Doon I felt like there were still things that needed to be resolved from the girls’ old lives (which it was) plus seeing Jamie and Duncan in modern-day time was too much fun! Speaking of Jamie and Duncan… *sigh*. They are some of the best, dreamiest book-heroes out there! Seriously, I think Jamie and Vee might be my OTP. Without saying too much, that mind-blowing, emotional ending had me almost in tears…how could it end like that?! And the fourth and final book doesn’t come out until fall 2016!?! Ahhh!

If you enjoy fantasy, adventure, retellings, or just the YA genre in general- you should definitely be checking out the Doon series. There’s a good reason it has an ever-growing fan base! Action, suspense, magic, adventure, romance, heartbreak…all this and more waits for you in Shades of Doon! 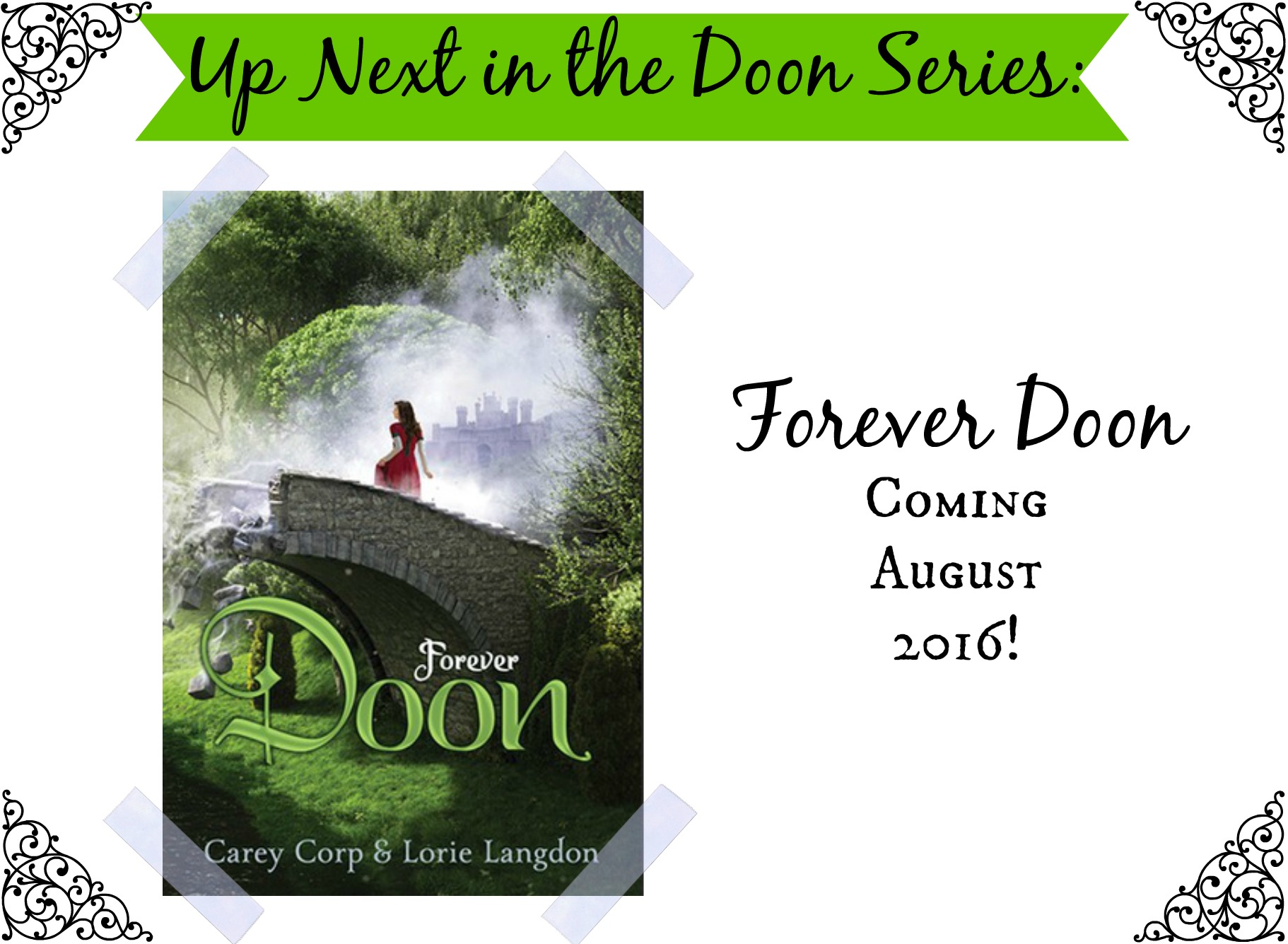