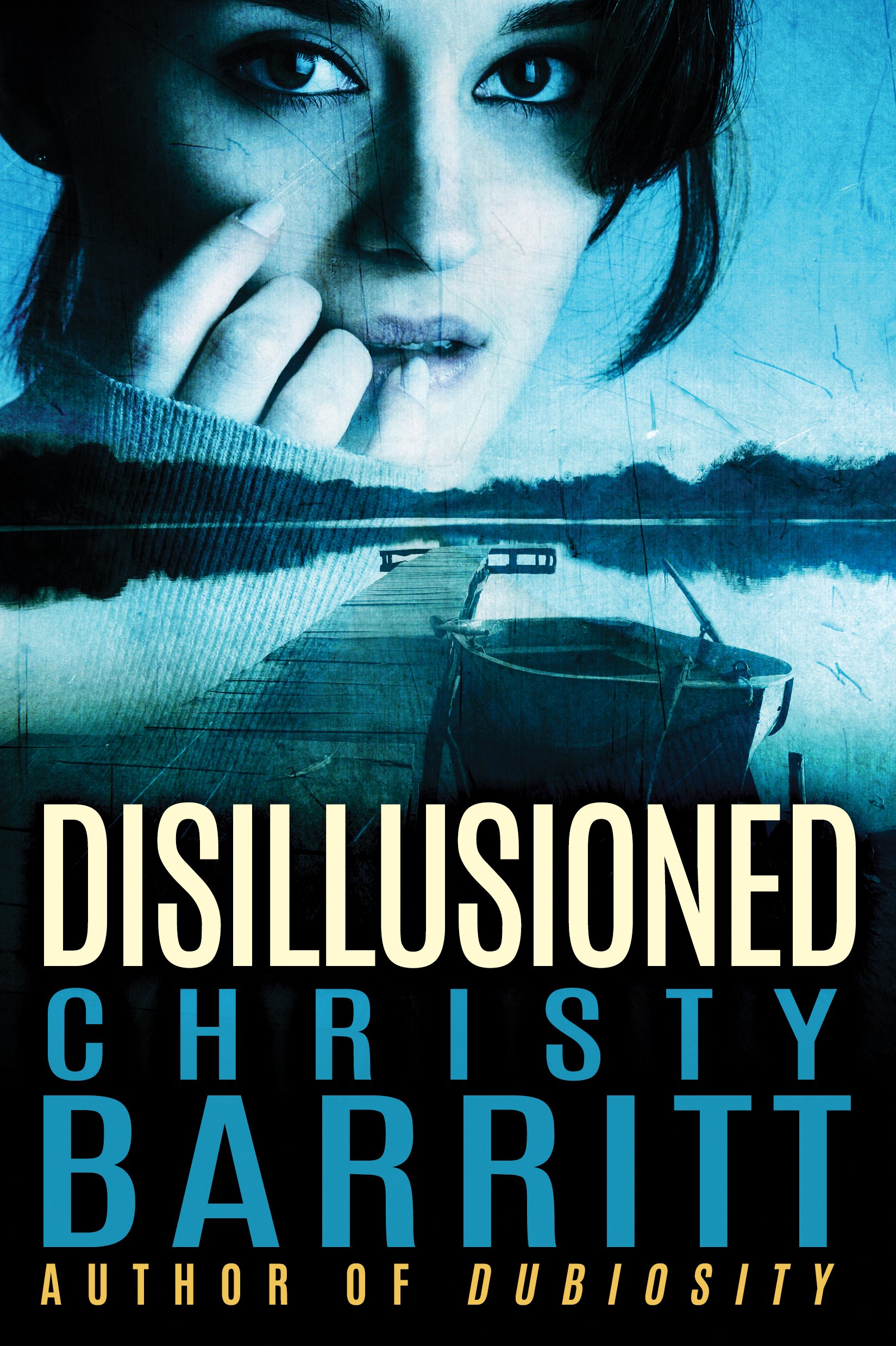 Nikki Wright is desperate to help her brother, Bobby, who hasn’t been the same since escaping from a detainment camp run by terrorists in Colombia. Rumor has it that he betrayed his navy brothers and conspired with those who held him hostage, and both the press and the military are hounding him for answers. All Nikki wants is to shield her brother so he has time to recover and heal. But soon they realize the paparazzi are the least of their worries. When a group of men try to abduct Nikki and her brother, Bobby insists that Kade Wheaton, another former SEAL, can keep them out of harm’s way. But can Nikki trust Kade? After all, the man who broke her heart eight years ago is anything but safe… Hiding out in a farmhouse on the Chesapeake Bay, Nikki finds her loyalties—and the remnants of her long-held faith—tested as she and Kade put aside their differences to keep Bobby’s increasingly erratic behavior under wraps. But when Bobby disappears, Nikki will have to trust Kade completely if she wants to uncover the truth about a rumored conspiracy. Nikki’s life—and the fate of the nation—depends on it.

If ever a book deserved to be described as starting with a bang, it would be Disillusioned. This story that begins so breathlessly keeps up the excitement, danger, and suspense throughout, leaving readers more than satisfied. I’m so thrilled to be sharing this exceptional read with you today! Let’s begin with what this heart-pounding novel is all about. 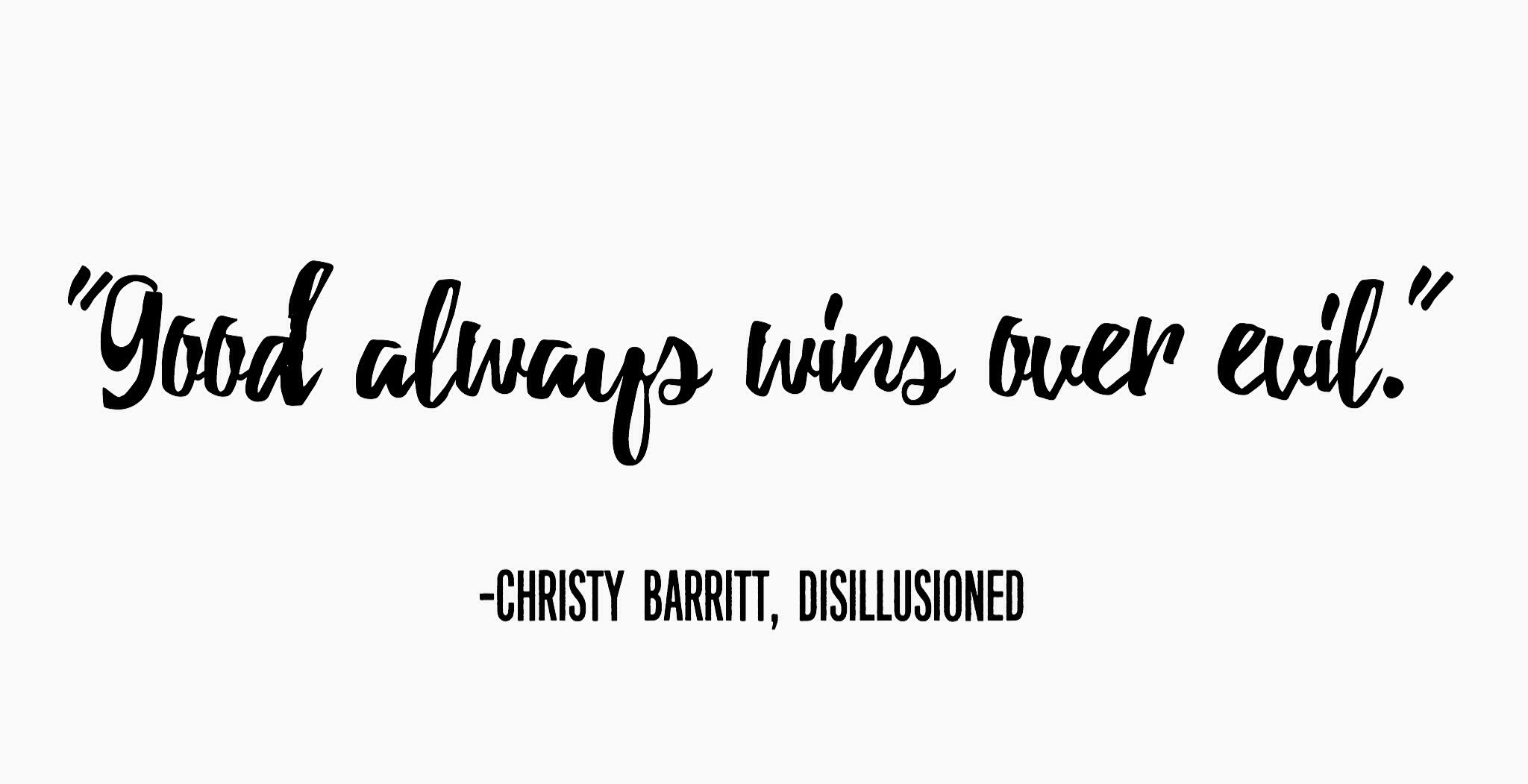 Nikki Wright is determined to do what is right by her brother Bobby, who has only recently escaped from a terrorist group in Columbia after two years of imprisonment. The return home is far from easy and all Nikki wants is to give him time to heal after his ordeal. But danger is afoot as rumours fly boosted by the media that Bobby is working for the terrorists. While the military is waiting to debrief her brother, Nikki is helping him avoid them since the trauma has him unhinged, acting erratically and experiencing memory loss. But soon they realize that the debriefing is the least of their worries, as Nikki and Bobby run into a group of men who try to abduct them. Enter Kade Wheaton, ex-military and Nikki’s former beau. Can Nikki trust the man who wrecked her heart years ago? And is there really an imminent terrorist attack that will threaten the entire nation, or is it all in her brother’s mind? 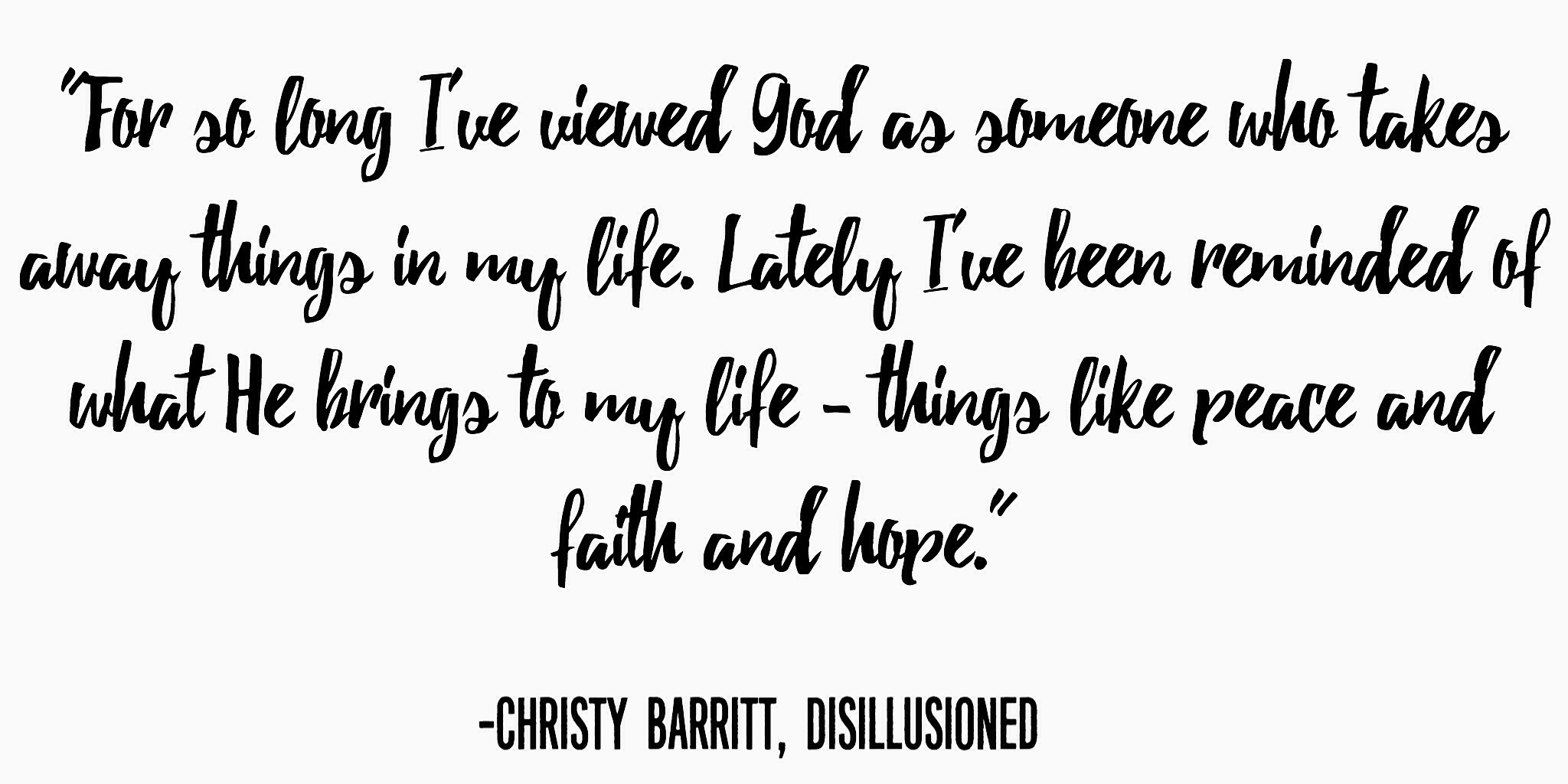 As a newbie reader to Christy Barritt’s work, I didn’t quite know what to expect. But as soon as I read the back cover, I knew I had to give this novel a try. The author is an undeniably gifted storyteller, proven by her effortless writing style and meticulously plotted suspense. A thrill ride from start to finish, Disillusioned had everything I look for in this genre — believable characters to root for, non-stop action, and clean yet sizzling romance. Nikki is the best of heroines, flawed yet strong, with every emotion she experienced deeply felt. Her past history with ex-husband Pierce added to the complexity of her character, and her struggling faith and the loss of prior aspirations made her all the more human. Kade was just as lovable and a true gentleman, and I appreciated how even though his first instinct was to protect Nikki, he trusted her judgment and guided instead of taking over. Nikki’s touching spiritual journey had me anticipating every moment, right down to the little things that brought her closer to God.

Simply put, I adored this book. If you are looking for an exceptional romantic thriller, I suggest adding Disillusioned to your personal library as soon as possible. I’m looking forward to many, many more late nights spent reading anything and everything from this outstanding author!

Leave your thoughts on the cover, synopsis, review, or anything at all below! Adding this beauty to your TBR? What is your current read? Thanks so much for visiting Will Bake for Books! ♥