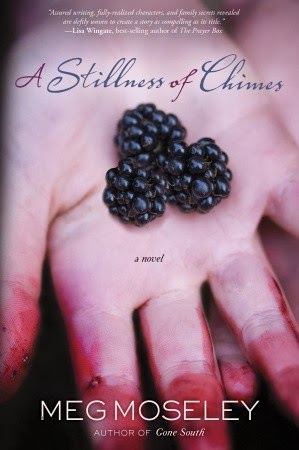 Description:
What if the pain of the past revealed an unknown sacrifice that changes everything?

When teacher Laura Gantt comes home to Prospect, Georgia to settle her recently-deceased mother’s household, the last thing she expects to encounter is a swirl of rumors about the father she lost to the lake twelve years ago—that he has reportedly been seen around town. Elliott Gantt’s body was never found and he was presumed dead.

Reeling from the sharp loss of a parent, Laura must now grapple with painful memories surrounding her father’s disappearance and the sense of abandonment she experienced after his death. Life-long friend and former beau Sean Halloran wants nothing more than to protect Laura from the far-fetched stories of Elliott’s resurrection and to care for her, but he has his own reasons, troubling echoes from his childhood, to put Elliott’s disappearance to rest.

Working together, Laura and Sean begin to uncover the truth, one mired in the wooded peaks and deep waters of the Blue Ridge Mountains surrounding Prospect. Can they fathom how many secrets the steep hills hold? With surprising facts revealed, will Laura be able to understand the sacrificial choices made that forever changed her life? And can love and a peace with God be rekindled in her heart after so much time has passed?

My Thoughts:
This southern tale begins when Laura Gantt returns home to Georgia when her mother passes away. Upon returning, she hears rumors swirling that her father has been spotted. Her father who’s been dead for 12 years. Stressed by both the death of her mother and the rumored sightings of her father she leans on Sean Halloran, Laura’s old boyfriend who still manages to make her feel something. A Stillness of Chimes is a story of forgiveness, pain, and love that never leaves.

Well, I’ll start with the things I enjoyed about this book. There was a certain southern charm about the characters. Laura, Sean, and Cassie were all quite funny in a real, down-to-earth way. The mystery was entertaining, even if it was a bit repetitive. The love story was cute. The main problem I had with A Stillness of Chimes was that there were 343 pages of a story that could have fit into 100. To be honest, I got really bored. I felt like I was reading the same thing at page 50 that I was reading at page 250. The mystery of Laura’s dad possibly being alive consumed the entire story, instead of enforcing it.

I did enjoy a quote from this book. Laura says, “You could cover up the truth, but you couldn’t change it. That was one kind of covering. There was another kind too. Love that covered a multitude of sins.”

There were good elements to the story; like the characters, setting, and family history. I’m sure a lot of people would like this book, but for me personally I thought it was just OK.