You are here: Home / Book Reviews / REVIEW: Back in the Saddle by Ruth Logan Herne 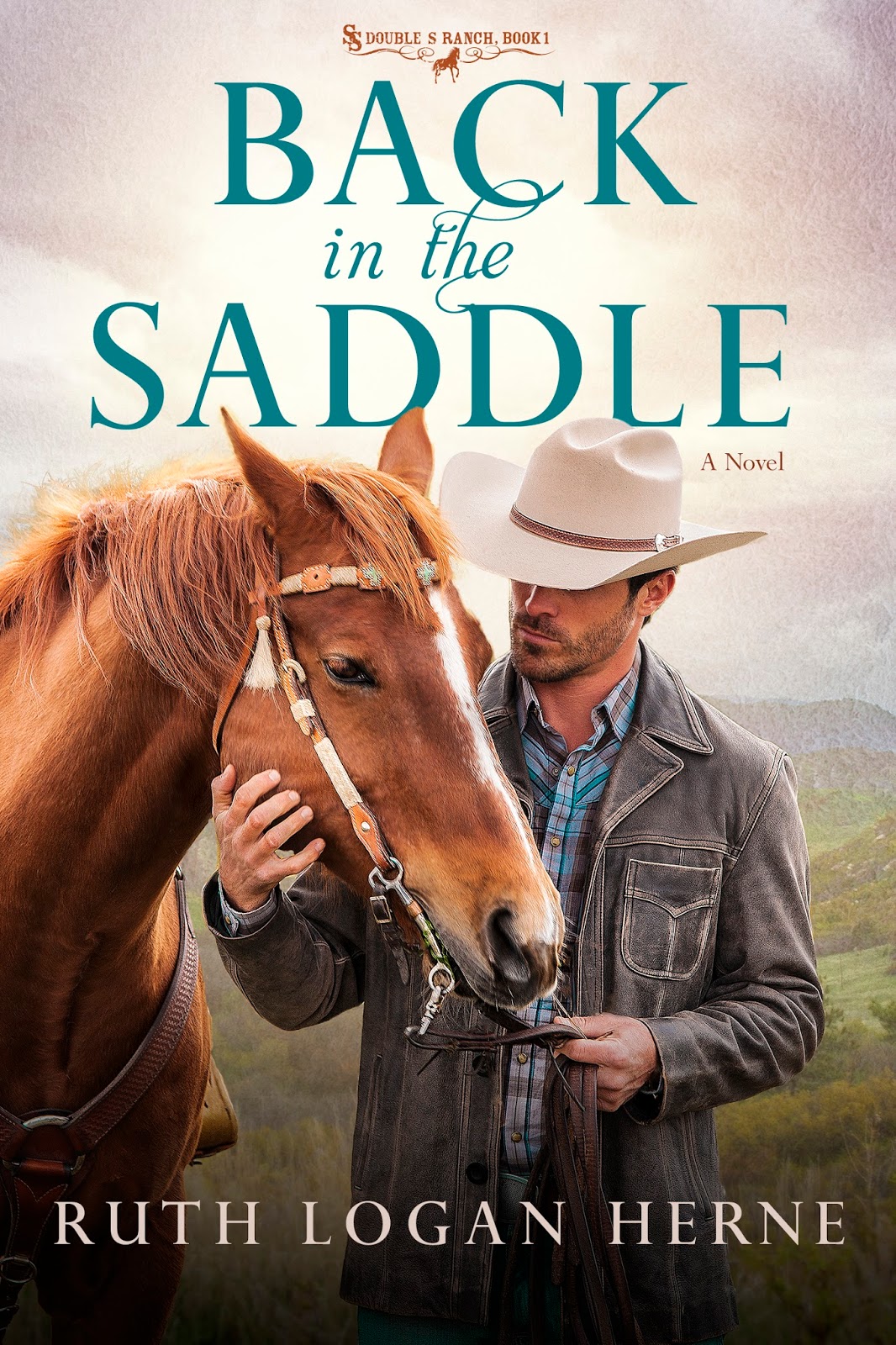 It’s been a long time since Colt Stafford shrugged off his cowboy legacy for shiny Manhattan loafers and a promising career on Wall Street. But when stock market manipulations leave him financially strapped, the oldest son of legendary rancher Sam Stafford decides to return to the sprawling Double S ranch in Gray’s Glen, Washington. He’s broke, but not broken, and it’s time to check in with his ailing father, and get his legs back under him by climbing into the saddle again. He doesn’t expect to come home to a stranger pointing a loaded gun at his chest— a tough yet beautiful woman that Sam hired as the house manager. Colt senses there’s more to Angelina Morales than meets the eye and he’s determined to find out what she’s hiding…and why. Colt’s return brings new challenges. Younger brother Nick has been Sam’s right-hand man at the ranch for years and isn’t thrilled at having Colt insert himself into Double S affairs. And the ranch’s contentious relationship with the citizens of Gray’s Glen asks all the Stafford men to examine their hearts about what it truly means to be a neighbor.  And as Wall Street recovers, will Colt succumb to the call of the financial district’s wealth and power—or finally the courage to stay in the saddle for good?

Colt Stafford works as a successful businessman on Wall Street until he gets caught up with a bad deal leaving him in financial trouble. He returns home to the Double S Ranch to both help out while his sick father is out of commision and wait it out while he gets his finances in order. He doesn’t expect to be attracted to the new house manager, Angelina Morales. Angelina has a past, one that involves tragedy and loss. She’s changed Colt’s father and the entire ranch for good, but she’s been burned by a Wall Street man before and she won’t be played again. Will she learn to trust Colt with her heart? And can Colt leave behind money and power and finally return to the ranch for good?

I adore a good western tale, so when I saw this cover and synopsis I knew I had to check it out. This is my first book from this author and I truly enjoyed this twist on the prodigal son parable! It contained a good plot of redemption and finding one’s place in life, lovable characters that made me smile, and showed how faith and a community can change your life for the better. At the heart of this story was family–I loved everyone from the Staffords and Angelina’s family to the ranch hands and townspeople. And of course, let’s not forget the romance. Colt and Angelina were pretty cute, the only thing was that sometimes I felt I was being told about their chemistry without actually feeling it. That and the fact that it was lacking that intangible thing that I always look for in a story made me knock this down a bit in rating. I just wanted more sometimes. It did really pick up in pace towards the end though, which I appreciated. There were more than a few “aw” moments that made this romance-loving girl happy.

Overall I thought this was an enjoyable story and would recommend to anyone who loves this genre! They say not to judge a book by it’s cover (which I agree with wholeheartedly) but I’d say this one is an exception. If a cowboy-redemption-romance story is what you’re looking for, this is it.

*I received this book free from Blogging for Books in exchange for my honest review.

Have you read any westerns lately? Thanks for visiting Will Bake for Books! ♥

REVIEW: Siren's Song by Mary Weber
REVIEW: The Secret to Letting Go by Katherine Fleet
REVIEW: For Love and Honor by Jody Hedlund
REVIEW: The Governess of Highland Hall by Carrie Turansky
« REVIEW: True to You by Becky Wade
REVIEW: A Giving Heart and Joyful Inspirations Coloring Books »