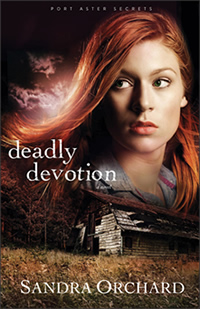 More Info
About the Author
Author’s Website
Amazon
CBD
Description:
Kate knows the truth is out there—but if she’s right, that means a killer is out there too.

Research scientists Kate Adams and Daisy Leacock were on the brink of a breakthrough for treating depression with herbal medicine when Daisy was suddenly found dead. Kate knows that her mentor’s death wasn’t suicide or a careless accident—and she’s determined to do whatever it takes to unearth the truth about what happened to the woman who changed her life.

Former FBI agent Tom Parker is finding it hard to adjust to life back in his hometown of Port Aster. Though an old buddy gave him a job as a detective on the local police force, not everyone approves. Tom’s just trying to keep a low profile, so when Kate Adams demands he reopen the investigation into her friend’s death, he knows his job is at stake. But despite his attraction to her, Tom thinks Kate may have something to hide.

As evidence mounts, a web of intrigue is woven around the sleepy town of Port Aster. Can Kate uncover the truth? Or will Tom stand in her way?

Rating: ✰✰✰ (3 out of 5 stars)
My Thoughts:
Kate Adams was alone until research scientist Daisy Lealock saw her potential and took her under her wing. Together they were working on treating depression through herbal medicine until Daisy is suddenly found dead. Declared a suicide by the police, Kate knows that her mentor didn’t kill herself—which means someone else did. Determined to find out who murdered Daisy, Kate begins digging along with the help of Detective Tom Parker, a former FBI agent. Tom doesn’t trust anyone–especially not women. Will they both be able to put aside their misgivings and work together to discover what really happened to Daisy Lealock? Or will the killer silence Kate first?

I am always in the mood for a good mystery and this one definitely interested me. A whodunit? Count me in! What I found was an exciting, fun mystery with intriguing characters and a cute budding romance. Deadly Devotion kept me turning the pages.

I really enjoyed Tom and Kate’s characters. Their budding romance was very sweet. They both had pasts that made them wary, but they were still drawn to each other. I liked the fact that they were multidimensional. I am interested to discover more about them throughout the series. The mystery was enjoyable. On one hand, it was completely intriguing and unpredictable. On the other, I felt like there were just too many overly suspicious suspects. There were a lot of incidents where Kate thought she was in danger from all different people but really she wasn’t. Not a lot of real “action” came until the very end. While I wish some of Kate’s crazy theories had more substance, I still thought that it was a clever mystery. Not to mention I am very intrigued by the subplot of what really happened with Kate’s parents.

If you like a good whodunit that will keep you turning pages, I would definitely recommend Deadly Devotion and the Port Aster series. I’m excited for the continuation of the story in book two, Blind Trust!