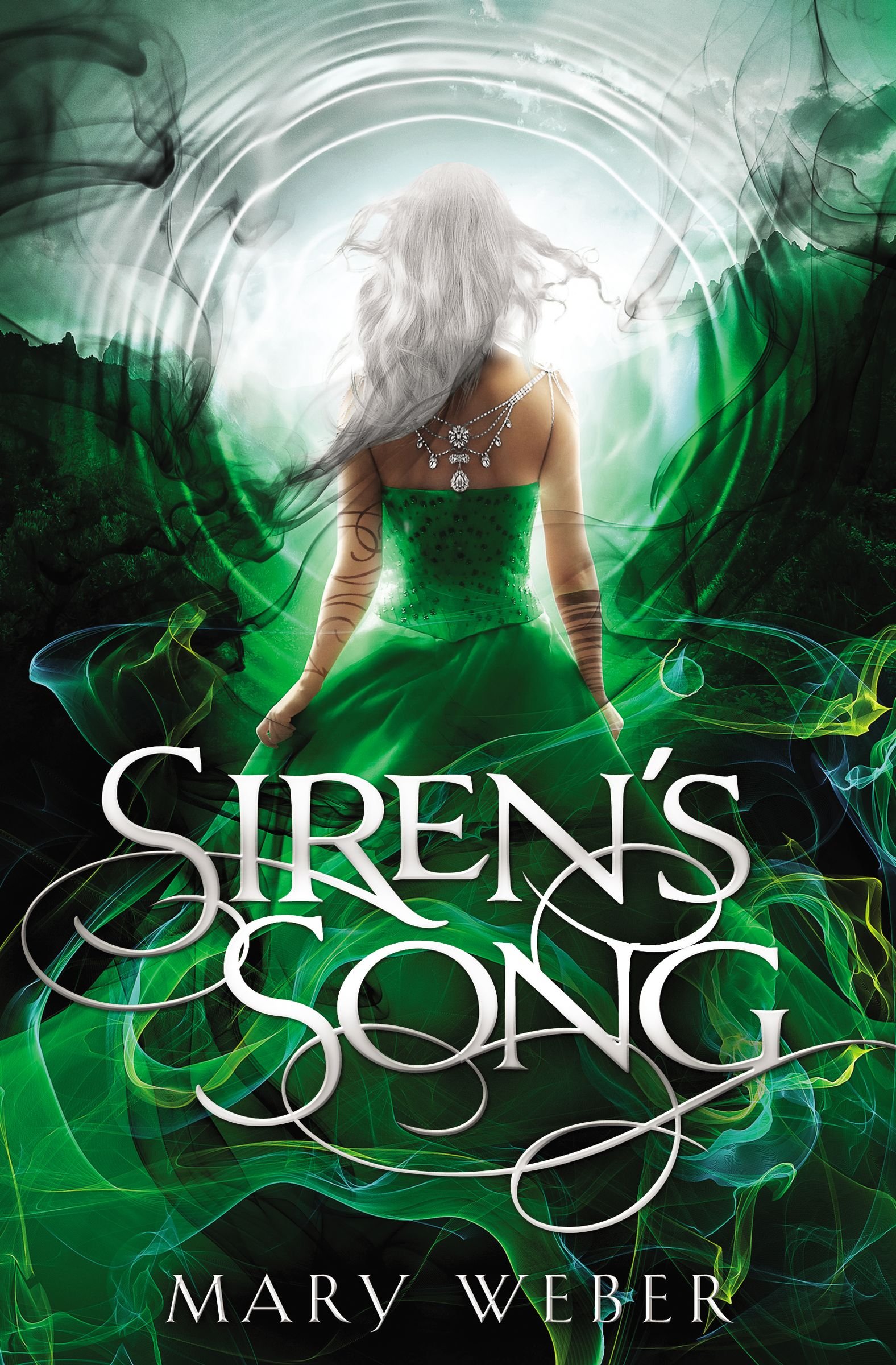 The realization hits: We’re not going to win. It’s why I couldn’t defeat Draewulf in Bron—because this power was never mine anyway. I drop my arms and let the energy die off. And turn around to face Eogan.”

After a fierce battle with Draewulf, Nym barely escaped with her life. Now, fleeing the scorched landscape of Tulla, her storm-summoning abilities are returning; only…the dark power is still inside her. Broken and bloodied, Nym needs time to recover, but when the full scope of the shapeshifter’s horrific plot is revealed, the strong-willed Elemental must race across the Hidden Lands and warn the other kingdoms before Draewulf ’s final attack. From the crystalline palaces of Cashlin to the legendary Valley of Origin, Nym scrambles to gather an army. But even if she can, will she be able to uncover the secret to defeating Draewulf that has eluded her people for generations? With a legion of monsters approaching, and the Hidden Lands standing on the brink of destruction, the stage is set for a battle that will decide the fate of the world. This time, will the Siren’s Song have the power to save it?

My first thought finishing this book was, “how in the world am I supposed to write a review for this book?” I don’t know how to give this trilogy justice with mere words. This achingly beautiful, reverently hopeful, and downright stunning finale had me both sniffling and laughing with SO MANY FEELS. My little sister literally stood next to me cracking up because I was going crazy. Hmph. Well, she’ll understand when she reads it.

In this finale to the Storm Siren Trilogy, Nym has once again just been defeated by evil shapeshifter Draewulf, barely escaping with her life. Torn down and wearied, she feels hopeless as to how he will ever be defeated. With her abilities returning and Eogan healing from Draewulf’s presence, Nym must go across the Hidden Lands and try to form a plan to save the world from the monster. But the question still remains. How will Nym defeat him, and even if she can, what will it cost her and those she loves? 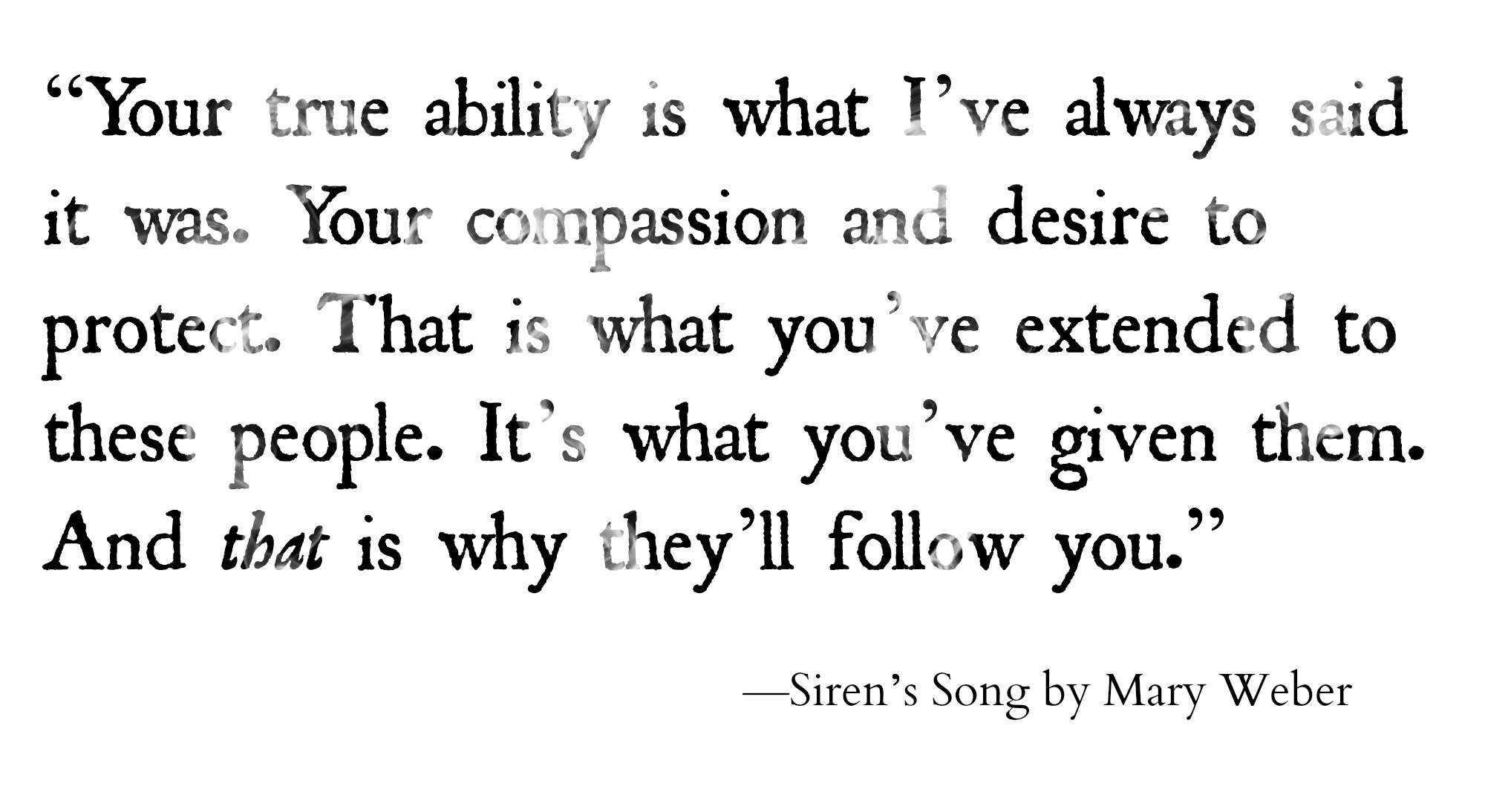 Mary Weber has done it again! Brought us a story that magically transports us to another world, leaving us breathless and hungry for more. She literally could not have written a better or more satisfying ending to this gorgeously captivating trilogy. As I was reading and marvelling at the beauty of her work, I couldn’t help but want to pick up the first book and start all over again. This is a story, you guys. A story of hope, love, and fighting for what is right despite impossible odds. This is what YA fantasy should be. Every single character–Nym, Eogan, Kel, Rasha, Myles, Sedric…I loved them. Nym was so strong and stubborn and Eogan made my heart melt, always looking out for everyone else. In fact, everything about this book was so beautifully done. Even the author’s note at the end had me tearing up.

Fans of this much-loved trilogy will not be disappointed with this epic finale! I can’t help but be sad that it’s over. But I know that whenever I want to relive the hopeful and loving emotions I felt with these books, I can pick them up again. I feel like there is so much more I should say, but I don’t want to overwhelm you all. I sincerely hope I properly conveyed to you guys my feelings for this book. My final words on it can only be this – go read it. You won’t regret it.

*My sincerest thanks to the sweet Mary Weber for sending me SIREN’S SONG. I will treasure it always. ♥

Ahhh, I just love this book so much. What about you? Have you read the Storm Siren Trilogy? If so, what are your thoughts? Thanks for visiting Will Bake for Books! ♥