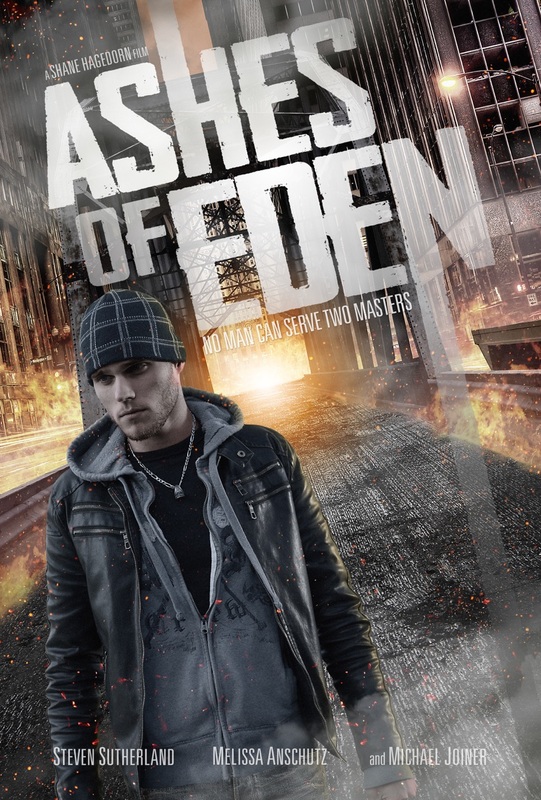 Ashes of Eden is a gritty new drama from LightWorx Entertainment that tells the story of 18 year-old Red. Red has made some bad choices, and he knows he’s made a lot of mistakes in his short life. Although he has already done his time, it seems he will never be done paying the consequences for his actions. He finds that having a bad reputation along with an inexplicable ability to always be in the wrong place at the wrong time is a bad mix and he can never seem to escape the broken world he finds himself in.

Although he is trying to do the right thing, he ends up back in the drug world selling stolen drugs to help his police officer mother make ends meet every month. When lives are lost and relationships are destroyed, Red begins to question his faith. Finding himself at the center of the struggle and unable to escape his dark path, can Red ever find redemption from his past? Although it may be possible, he quickly finds that redemption comes with a serious price. Ashes of Eden is a cautionary thriller with an important message.

While I’m not one to keep up with all the latest Christian films, when I hear of one that interests me I will definitely make an effort to watch it. I have seen some amazing faith-based movies that impacted me (such as Courageous, The War Room, and God’s Not Dead). This is why when I had the opportunity and watch and review Ashes of Eden from FishFlix, I jumped at the chance! Thus begins my first ever film review. Yay!

Red is on a bad path. After a short stint in juvie, he is now 18 and back home to finish his senior year in high school. Continuing to hang out around the wrong people, he gets expelled from school. Bad choice after bad choice leads him to fight with his mother, a cop, and get kicked out of the house. Now on the streets, he steals drugs from the wrong people. He only means to help his mother make ends meet, but ends up endangering himself and everyone around him. Is life as pointless as he fears, or can he find redemption from his past?

Ashes of Eden is, above all, about the choices we make. I enjoyed the realistic approach it took — from the story, cinematography, and the actors. Steven Sutherland did a fantastic job portraying Red, a kid who ultimately just wants to do the right thing but gets himself into a really bad situation. Drew Wise, who plays Red’s little brother Jake, was such a cutie and perhaps my favorite part of the film! It held a good message, though it focused more on Red’s mistakes then it did on his redemption. The movie showcases his poor choices one after the other, and it’s only in the final few minutes we see the consequences of those decisions come to light. This was a little disappointing to me, though I did really appreciate the central themes. When I sit down to watch a Christian film like this one, I usually expect to be effected emotionally or spiritually by the story. This was not the case with Ashes of Eden. For me, it lacked that oomph you might get with a powerful message. It also held more poor content than I anticipated, though nothing was explicit. (See below.)

A story of choices, consequences, real life, and redemption — Ashes of Eden held my attention throughout. While it didn’t impact me as much as I wanted it to, I’m glad I had the opportunity to watch it and hope that it finds it’s intended audience. Great work, FishFlix!

*I received this movie free in exchange for my honest review. I sincerely apologize to FishFlix for my late response!

{Content Warning: Two different couples make out – one a teenage boy and his girlfriend and the other his mom and her secret boyfriend. A girl is assaulted. All the swear words are silenced out, but you can kinda tell what they are saying at most points. The whole story revolves around drugs and dealing, also contains alcohol abuse. Intense fight between mother and son. A teenage boy gets beaten up then killed. A boy is desperate and threatens to shoot himself. Probably would be rated PG-13.}

Thanks so much to FishFlix for providing this movie for review! And thank YOU for reading! Tell me, what are some films you’ve seen recently? Are you interested in Ashes of Eden? Comment below!