You are here: Home / Book Reviews / REVIEW: The Distance Between Lost and Found by Kathryn Holmes

Now, six months later, on a youth group retreat in the Smoky Mountains, Hallie still can’t find a voice to answer the taunting. Shame and embarrassment haunt her, while Luke keeps coming up with new ways to humiliate her. Not even meeting Rachel, an outgoing newcomer who isn’t aware of her past, can pull Hallie out of her shell. Being on the defensive for so long has left her raw, and she doesn’t know who to trust. On a group hike, the incessant bullying pushes Hallie to her limit. When Hallie, Rachel, and Hallie’s former friend Jonah get separated from the rest of the group, the situation quickly turns dire. Stranded in the wilderness, the three have no choice but to band together. With past betrayals and harrowing obstacles in their way, Hallie fears they’ll never reach safety. Could speaking up about the night that changed everything close the distance between being lost and found? Or has she traveled too far to come back?

So I have to start by saying this — did you guys see that beautifully stunning cover?! You know how they say don’t judge a book by it’s cover? Well, this book was the one exception for me. As soon as I saw it, I knew I had to read it and I am so glad I picked it up. *wink* I’ve been in a bit of a reading slump lately, but this intriguing story pulled me into it’s raw beauty and I didn’t stop reading from start to finish. Which ended up being 3 am. Go figure.

After an “incident” last year where Hallelujah (yes, the main character’s full name is Hallelujah and yes, it takes a little time to get used to it but it does happen) got into trouble after the preacher’s son, Luke, spreads a vicious rumor about her, she can’t seem to find her voice and defend herself. She feels like she’s slipping away and can’t let go at the same time. Her friends have all deserted her. She’s being bullied by Luke and his friends. All she can do is count the days until she sets out for college. When her parents make her spend the week at a youth group retreat, Hallie’s only plan is to stay invisible. She never expects to get lost in the vast wilderness with her ex-best friend Jonah and the new girl Rachel. They quickly band together as their retreat turns into a nightmare of mass proportions and a fight for survival. But can it also exactly the thing Hallie needs to speak up about the truth of that night and begin the process of healing? 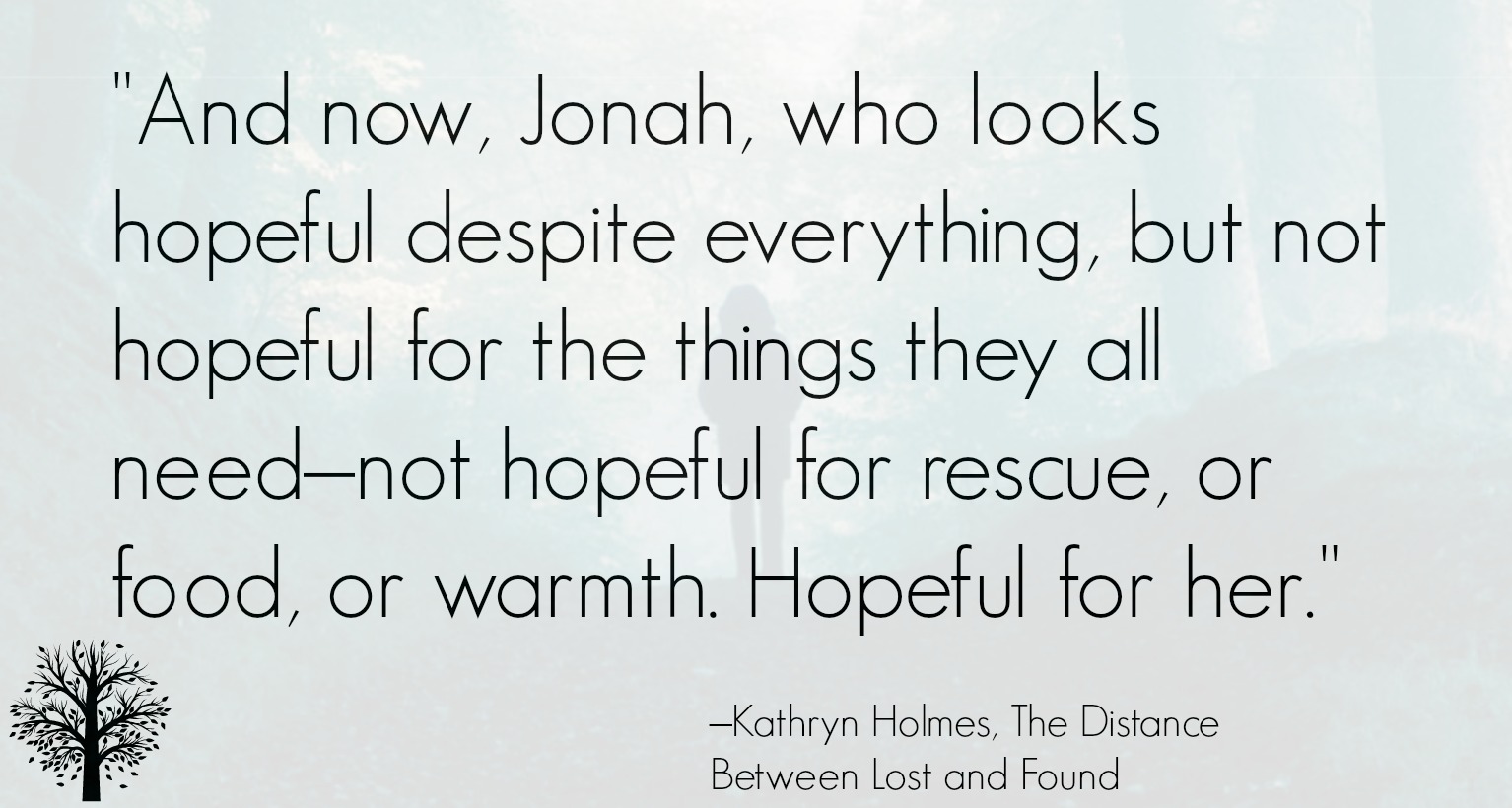 While this book might be considered christian, it wasn’t noticeably so. You may like or dislike that, but it read more like a mainstream YA (though it did have a nice inspirational message). My favorite part of this story? The writing was utterly wonderful — the author does a fantastic job of pulling her readers in. Her descriptive scenes from when they were lost in the woods were like word candy — genuine, relatable, and beautifully poetic. The characters were well-developed and felt like honest-to-goodness people, with the plot coming across just as authentic. The romance between Hallie and Jonah was light, sweet, and held a good message about the power of forgiveness. All in all, I thought it was such an inspiring tale of a girl who finds herself in the midst of a terrible situation. And the fact is that the only people really holding us back from living our lives is ourselves.

Emotional and touching, Hallelujah’s story is one to be remembered. For fans of authors like Kasie West, Krista McGee, and Melody Carlson, The Distance Between Lost and Found is a great way to pass the time and get back on the reading train. So please do judge it by it’s gorgeous cover and give it a shot. 😉

{Content: The whole story revolves around an incident where a girl and boy were found in a hotel room together making out. Later we learn the boy was being pushy and rough as well, though not explicit. A couple kissing scenes. No profanity, only talking about how someone swore. No violence, but there is a couple “scarier” scenes and the whole mood is tense with the three teens trying to survive in the woods. Depends on you, but I’d probably recommend for ages 15 and up.}

Don’t miss this awesome ebook deal the author is offering on Amazon! ⇑ The paperback is coming June 14, 2016 too! Thanks so much for visiting Will Bake for Books. ♥