Today is my little sister Mia’s 11th birthday! She’s the baby of the family, so we like to joke around and call it a national holiday because of all the preparations that go into her birthday. We kinnnda spoil her…only a little. 😉

My older sister and I usually take turns making the cake, but this year we made it together! I love decorating cakes, especially when it involves pearls and sparkles. The cake is funfetti (from the box…Mia’s favorite) and the frosting is a marshmallow frosting recipe from Shelly Kaldunski’s “Cupcakes“.

If you haven’t tried making a giant cupcake, you should! They are so much fun and super cute too! 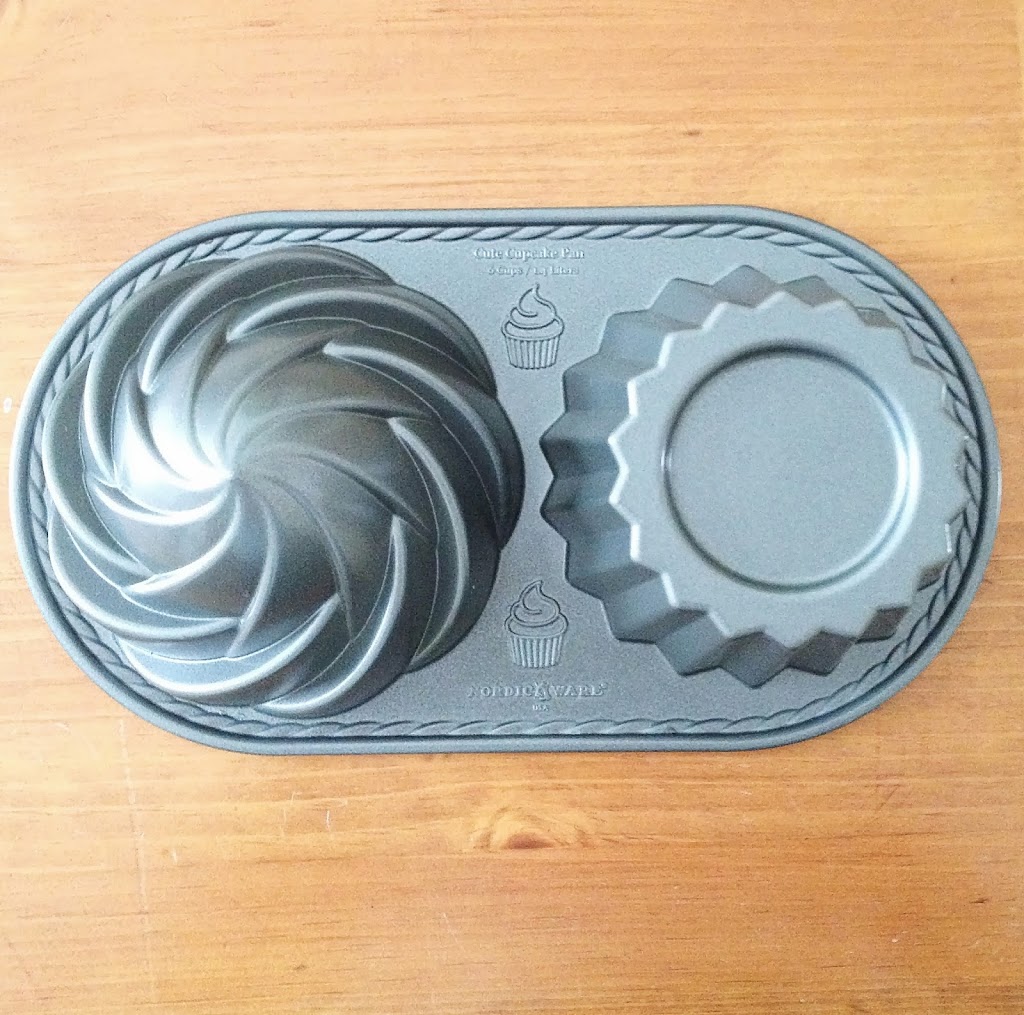 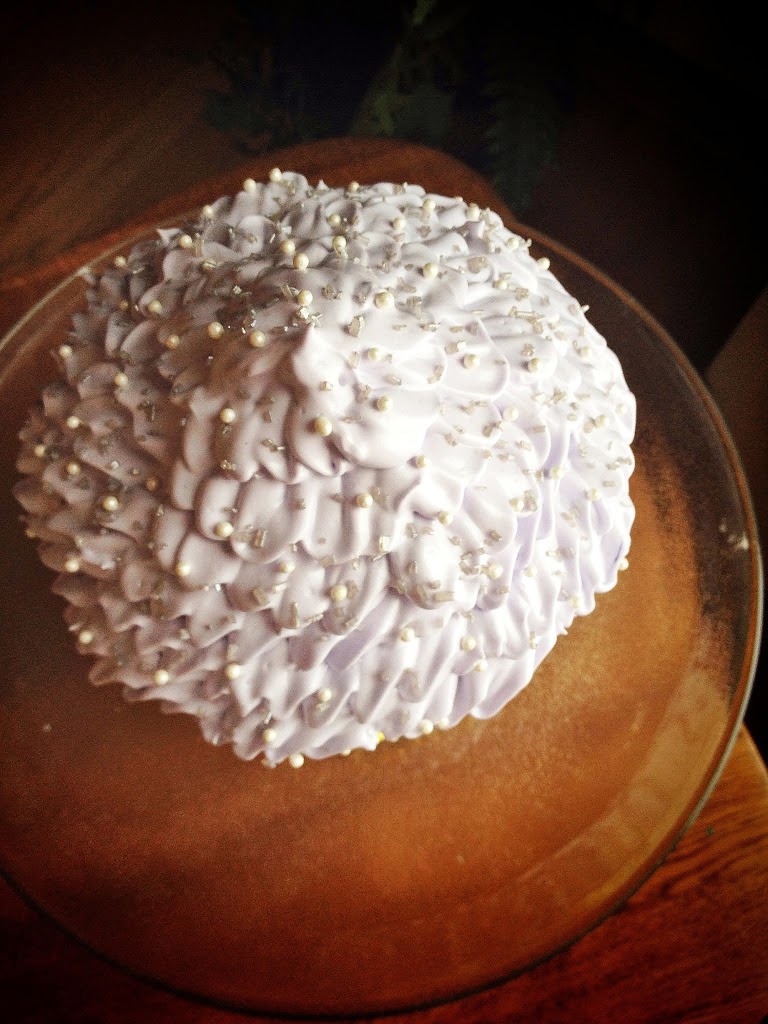 Pearl and sparkles and ribbons, oh my.

First piece cut! I tried to get a picture of the actual piece, but the birthday girl ate it too fast. Whoops. 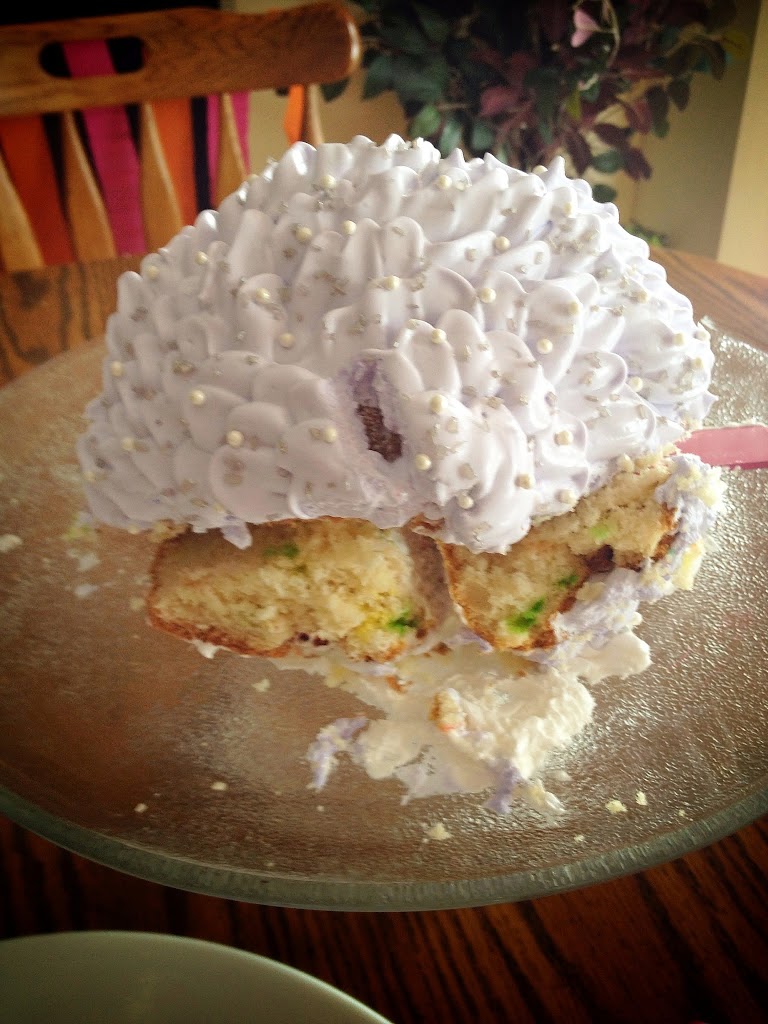 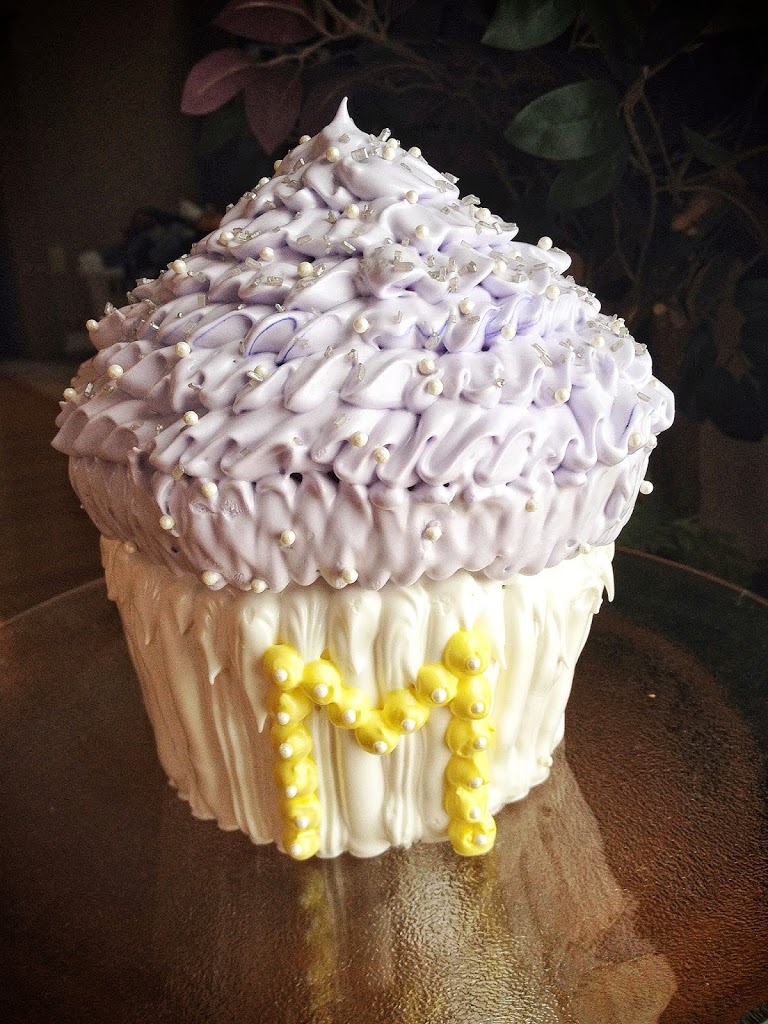 Make the funfetti cake mix as instructed on back of box. For giant cupcake pan, prepare pan by greasing and flouring generously. Fill 1/2 to 2/3 of your cake batter. Bake at 350 degrees F for around 30 minutes or until toothpick comes out clean.

Once cake has cooled, make frosting. In a large heatproof bowl (the metal bowl of your electric mixer), combine the egg whites, sugar, water, corn syrup, cream of tartar and salt.

Set the bowl over (but not touching) simmering water in a saucepan and heat mixture, stirring constantly until the sugar has dissolved and the mixture is very warm to the touch (about 160*F), about 3 minutes.
Remove the bowl from the saucepan.  Using an electric mixer, beat on medium-high speed, about 2 minutes.
In a small bowl, microwave 1 cup mini marshmallows 30 seconds to 1 minute, until puffed, and starting to melt.
Add marshmallows to mixture in electric mixer, reduce speed to low and add vanilla.  Continue beating (on low) until the marshmallows are melted and frosting is completely smooth (about 3-4 minutes).  Use frosting right away.

I used a shell and circle tip for the cupcake bottom “liner” and a ribbon tip for the top.