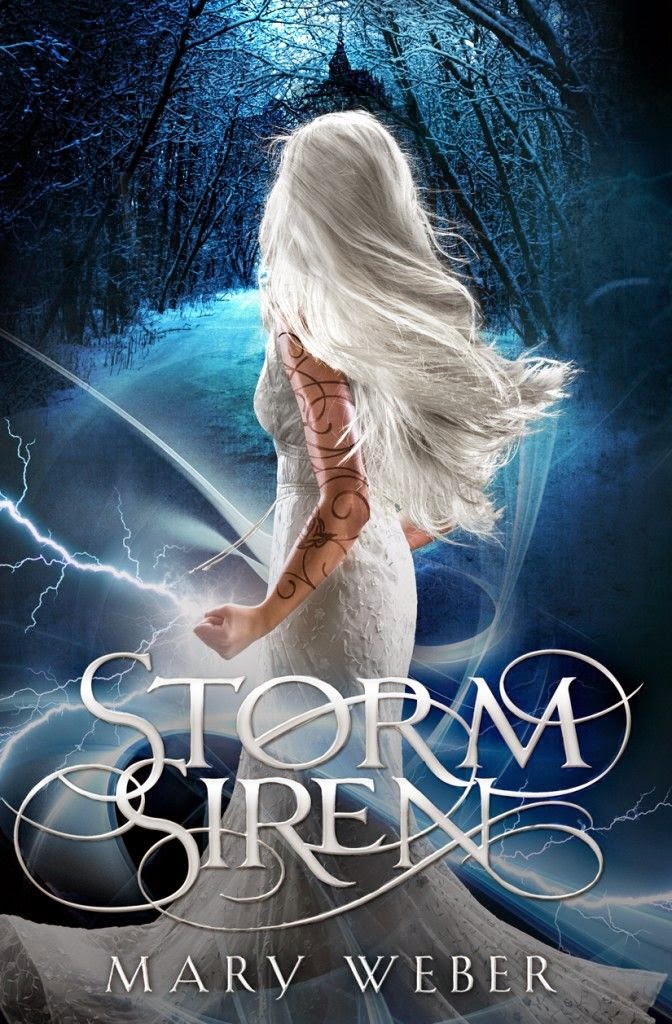 • More Info • About the Author • Author’s Website
• Buy on Amazon • Book Trailer
Description:
“I raise my chin as the buyers stare. Yes. Look. You don’t want me. Because, eventually, accidentally, I will destroy you.”

In a world at war, a slave girl’s lethal curse could become one kingdom’s weapon of salvation. If the curse—and the girl—can be controlled.

As a slave in the war-weary kingdom of Faelen, seventeen-year-old Nym isn’t merely devoid of rights, her Elemental kind are only born male and always killed at birth—meaning, she shouldn’t even exist.

Standing on the auction block beneath smoke-drenched mountains, Nym faces her fifteenth sell. But when her hood is removed and her storm-summoning killing curse revealed, Nym is snatched up by a court advisor and given a choice: be trained as the weapon Faelen needs to win the war, or be killed.

Choosing the former, Nym is unleashed into a world of politics, bizarre parties, and rumors of an evil more sinister than she’s being prepared to fight . . . not to mention the handsome trainer whose dark secrets lie behind a mysterious ability to calm every lightning strike she summons.

But what if she doesn’t want to be the weapon they’ve all been waiting for?

Set in a beautifully eclectic world of suspicion, super abilities, and monsters, Storm Siren is a story of power. And whoever controls that power will win.

Rating: 4 out of 5 stars
My Thoughts:
Seventeen-year-old Nymia is a slave in the Kingdom of Faelen, but she’s not your ordinary teenage girl. As one of the last Elementals, Nym possesses stormy powers that make her lethal to anyone and everyone around her. When she loses control once again she is sold to her fifteenth owner, a crazy woman named Adora. Adora gives Nym an ultimatum—learn to control her curse and help save Faelen, or die. Seeking a sort of redemption, she begins training with Eogan, a man who frustrates her to no end but has the ability to make her feel things she’s never felt before. Can she save Faelen and in doing so, save herself?
Several weeks ago I noticed a lot of talk around the blog community about this exciting debut fantasy novel. I really enjoy the fantasy, speculative, young adult  and action/adventure genres, so I knew right away I had to give it a try. I’m very glad I did, because Storm Siren was explosive. The imaginative world Mary Weber created in Faelen was unique, intriguing, captivating, and oh-so-addicting. Nym’s character had depth—a rawness, vulnerability, and strength about her that made me love her immediately. The imagery given of Faelen was impressive and the almost lyrical writing style made me pause at times just to admire a certain sentence. And the action! Unbelievable powers, relentless assassins, a certain attractive trainer, lavish balls, heated battles, and a kick-butt heroine all combined to make this one riveting read. Though a little darker than my usual reads, it wasn’t too much to freak me out. If I had anything negative to say about Storm Siren (which is the reason I didn’t give it a higher rating) it’s that sometimes I got really confused as to what was going on. It is so out-of-the-box, so different from anything I’ve read that I couldn’t follow everything as well as I wanted to and had to re-read several parts and really concentrate just to figure out what had just happened. But might I just add, WHAT the cliffhanger. How I will manage to last until June of 2015 to see what happens, I don’t know.

If you are a fan of fantasy, YA, romance, or action/adventure then this is the series for you. Storm Siren is a delightfully breathtaking read—one that will pull you in and leave you craving more. This debut novel has made me a big fan of this very talented author… and I can’t wait to see what she comes up with next!

**I received this book from Blogging for Books in exchange for my honest review. All thoughts are completely my own.
Watch the book trailer here! What do you think? Are you a fan of fantasy and young adult fiction?