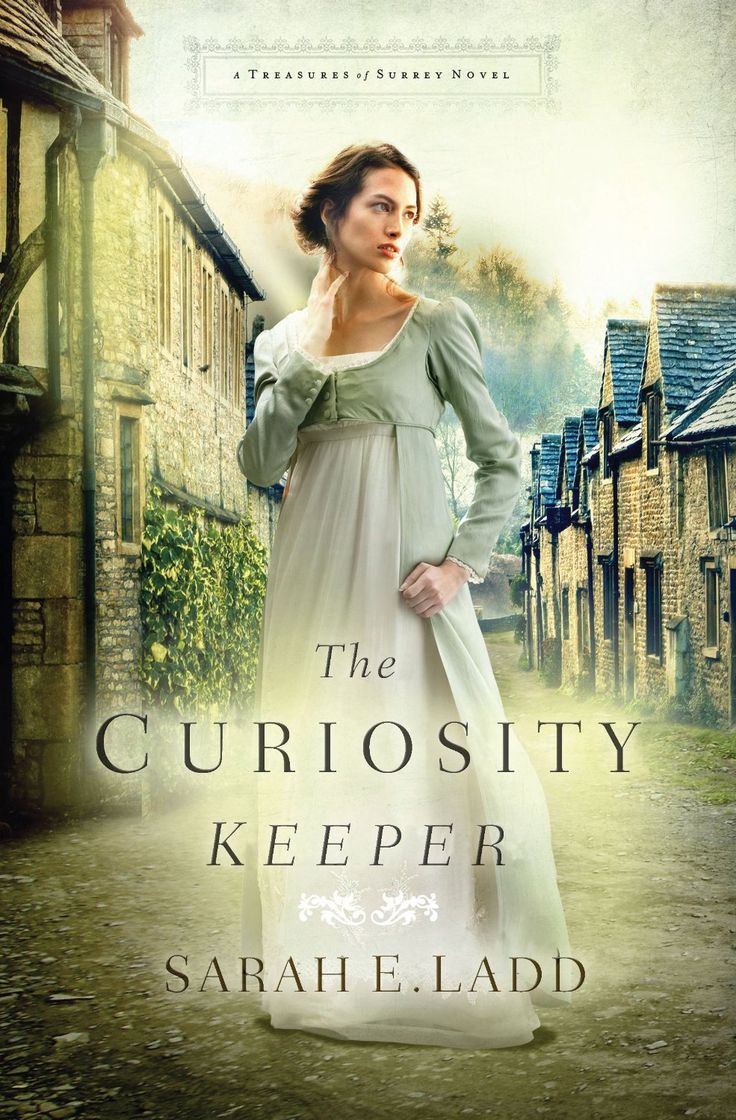 It is not just a ruby, as you say. It is large as a quail’s egg, still untouched and unpolished. And it is rumored to either bless or curse whoever possesses it.”

Camille Iverness can take care of herself. She’s done so since the day her mother abandoned the family and left Camille to run their shabby curiosity shop. But when a violent betrayal leaves her injured with no place to hide, Camille must allow a mysterious stranger to come to her aid.

Jonathan Gilchrist never wanted to inherit Kettering Hall. As a second son, he was content to work as the village apothecary. But when his brother’s death made him heir just as his father’s foolish decisions put the estate at risk, only the sale of a priceless possession—a ruby called the Bevoy—can save the family from ruin. But the gem has disappeared. And all trails lead to Iverness Curiosity Shop—and the beautiful shop girl who may be the answer to his many questions.

Caught at the intersection of blessings and curses, greed and deceit, these two determined souls must unite to protect what they hold dear. But when a passion that shines far brighter than any gem is ignited, they will have to decide how much they are willing to risk for their future, love, and happiness.

Camille Iverness is the daughter of a curiosity shopkeeper in London, 1812. Jonathan Gilchrist is the son of a wealthy man and heir to the large estate of Kettering Hall. Their paths intersect when a ruby of great worth called the Bevoy is stolen from Jonathan’s family, and his father implores him to find the man who took it in order to save their fortune. His search leads him straight to the Iverness Curiosity Shop, where Jonathan and his investigator friend suspect the dark-haired beauty and her father are involved. Camille has managed to take care of herself and the shop for years, ever since her mother abandoned her family. But when the shop is broken into and the intruder leaves her injured, she must accept Jonathan’s help and flee from London to Surrey, England where the Gilchrist’s reside. Both are determined to protect what’s left of their families. Both are falling in love with the other. Will they take a chance on each other? Or will greed, deceit, and a cursed gem keep them from true love?

Sarah E. Ladd has done it again–woven a beautiful regency-era tale of romance, faith, and adventure. The period romance genre is one I have come to adore, so when I first got the chance to read one of Ladd’s novels I was simply delighted to find it to be so genuinely good. I knew upon reading the first chapter I would love the book and whatever else Ladd wrote. And, while I didn’t love this book quite as much as A Lady at Willowgrove Hall, The Curiosity Keeper did not disappoint! The story starts with a splash and we’re immediately pulled into the action and mystery of what happened to the Bevoy. Like with Ladd’s other works, her characters were relatable and honest. I especially enjoyed the interactions between Camille and Jonathan, they were pretty cute. I can’t sing enough praises for Ladd’s writing skills, like I’ve said before she is a truly exceptional storyteller. And the ending is sure to excite and surprise! I have high hopes for the rest of this series and am eagerly anticipating revisiting these characters. Maybe we’ll even see what happens to Penelope, Jonathan’s sister? (hint hint) 😉

If you’re a fan of period fiction and authors like Julie Klassen, Gilbert Morris, Jane Austen, the Brontë sisters, or Elizabeth Camden to name a few, you really must try The Curiosity Keeper and Ladd’s other novels! This one had my eyes glued to the page the entire time (finished it within two days) and anticipating more regency awesomeness to come!

*I received this book free from BookLook in exchange for my honest review.

Read a sneak peek of chapter one here! Thanks for visiting WBFB. 🙂

REVIEW: Hidden in the Stars by Robin Caroll (& a giveaway from the author!)
REVIEW: Uncharted Redemption by Keely Brooke Keith
REVIEW: Forever Doon by Carey Corp and Lorie Langdon
REVIEW + GIVEAWAY: Her One and Only by Becky Wade
« REVIEW: Get To Me by Lara Van Hulzen
Classic Apple Pie »