You are here: Home / Book Reviews / REVIEW: The Methuselah Project by Rick Barry 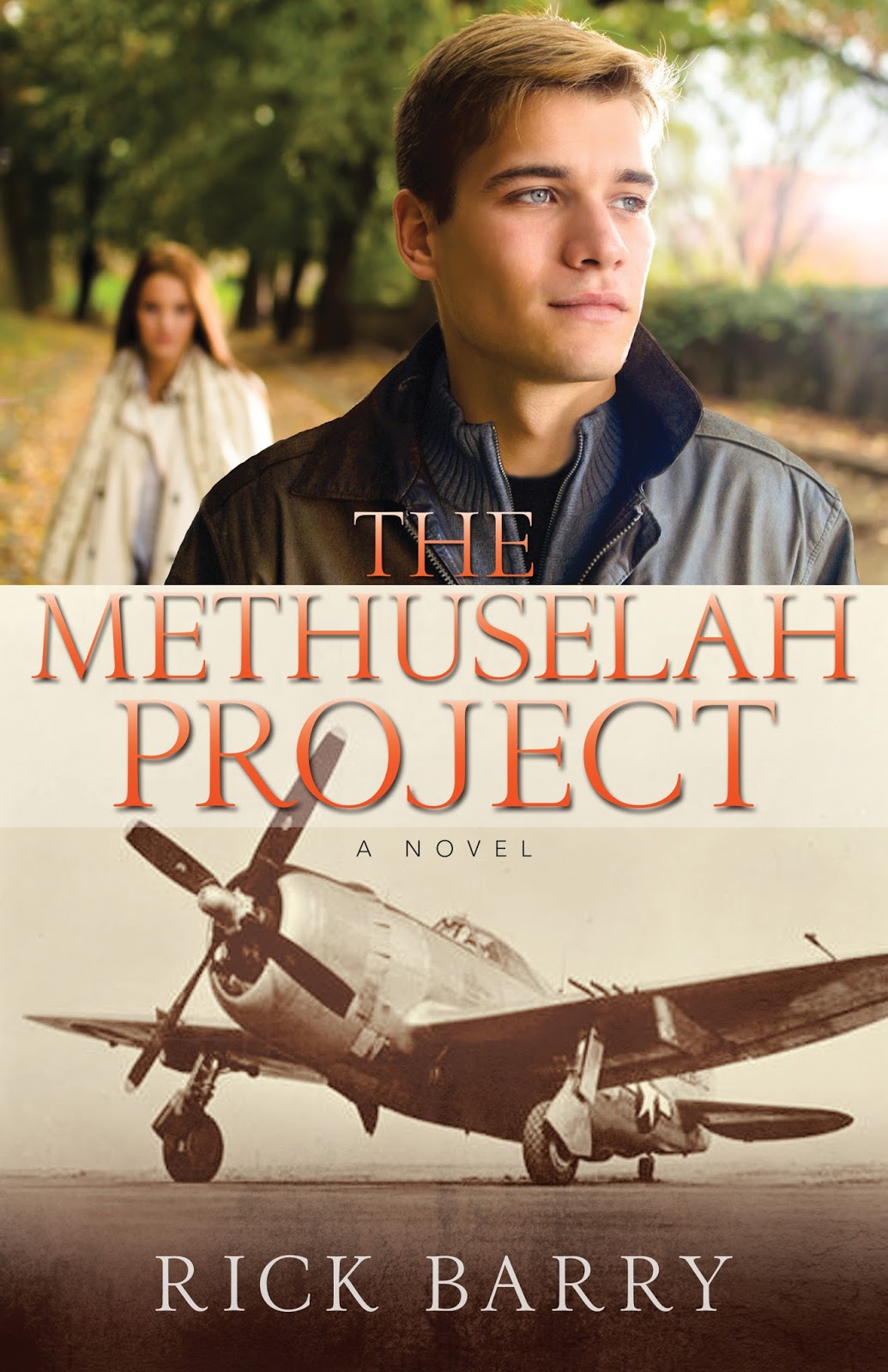 Roger Greene is a war hero. Raised in an orphanage, the only birthright he knows is the feeling that he was born to fly. Flying against the Axis Powers in World War II is everything he always dreamed—until the day he’s shot down and lands in the hands of the enemy.

When Allied bombs destroy both his prison and the mad genius experimenting on POWs, Roger survives. Within hours, his wounds miraculously heal, thanks to those experiments. The Methuselah Project is a success—but this ace is still not free. Seventy years later, Roger hasn’t aged a day, but he has nearly gone insane. This isn’t Captain America—just a lousy existence only made passable by a newfound faith. The Bible provides the only reliable anchor for Roger’s sanity and his soul. When he finally escapes, there’s no angelic promise or personal prophecy of deliverance, just confusion. It’s 2015—and the world has become an unrecognizable place.

Katherine Mueller—crack shot, genius, and real Southern Belle—offers to help him find his way home. Can he convince her of the truth of his crazy story? Can he continue to trust her when he finds out she works for the very organization he’s trying to flee?

Thrown right into pulse-pounding action from the first page, readers will find themselves transported back in time to a believable, full-colored past, and then catapulted into the present once more. The historical back-and-forth adds a constantly moving element of suspense to keep readers on the edge of their seats.

Captain Roger Greene is an American fighter pilot during WWII. In 1943, his plane is shot down in Nazi Germany. Roger is captured and becomes a POW, but the “camp” he’s sent to is not the usual Nazi prison. He is experimented on by a mad scientist, who somehow manages to change Roger’s body so that he doesn’t age normally. Imprisoned for almost 100 years, Roger doesn’t look a day over 24. Finally managing to escape with the help of an unlikely friend, he makes it to the US only to discover that everything has changed. On the run from the secret organization whose held him prisoner for an entire lifetime, Roger once again finds an unlikely ally through Katharine, a freelance editor with familial ties to the organization Roger’s running from. But is she friend…or foe?

Okay, going into this book I was really, really excited. I mean, doesn’t it kind of have a Captain America/Steve Rogers vibe? I love history, and I especially love books that combine historical with modern day. Although I really enjoyed this story, I don’t think I loved it as much as I could have. Having said that, let me tell you what I enjoyed about The Methuselah Project, and what I didn’t.

My favorite part about this book had to be Roger himself. He was funny, even going through the worst of times he had a wicked sense of humor that made me laugh. He was a true American gentleman, chivalrous and heroic to boot. He was just an awesome main character. (Plus it probably helped that I pictured him as Steve Rogers the whole time. *giggles*) The next thing I liked was the plot–it had historical and sci-fi aspects, but it wasn’t at all implausible to imagine that something like this could’ve really happened. You can absolutely tell the author is a history expert. I could imagine the scenes with perfect ease, so kudos to the author’s masterful writing skills!

Keep in mind that the things I didn’t quite love about this book could be the things you like most about it. But for me, what I didn’t like so much was that three quarters of the book were spent on Roger’s captivity. I wanted more action, more something, that I didn’t get until the end of the book. It was a little bit anticlimactic and slow. And while I admire so many different and interesting qualities about this book, I couldn’t connect to the characters in a way I can rave about. For example, Katherine was never someone I understood or even liked. And character relationships and dynamics are a big deal for me.

All that being said, The Methuselah Project is unlike any book I’ve ever read. It mixes genres like historical, contemporary, action, suspense, sci-fi and romance. It’s really a good read for both guys and girls of all ages. If you’re interested in history and WWII, this should definitely be on your TBR.

*I received this book free from Litfuse Publicity Group in exchange for my honest review.

Thanks for reading! Your turn–have you read The Methuselah Project? If so, what are your thoughts? If not, does the premise interest you? Find out more about this book here. ♥