You are here: Home / Book Reviews / REVIEW: A Lady in Disguise by Sandra Byrd 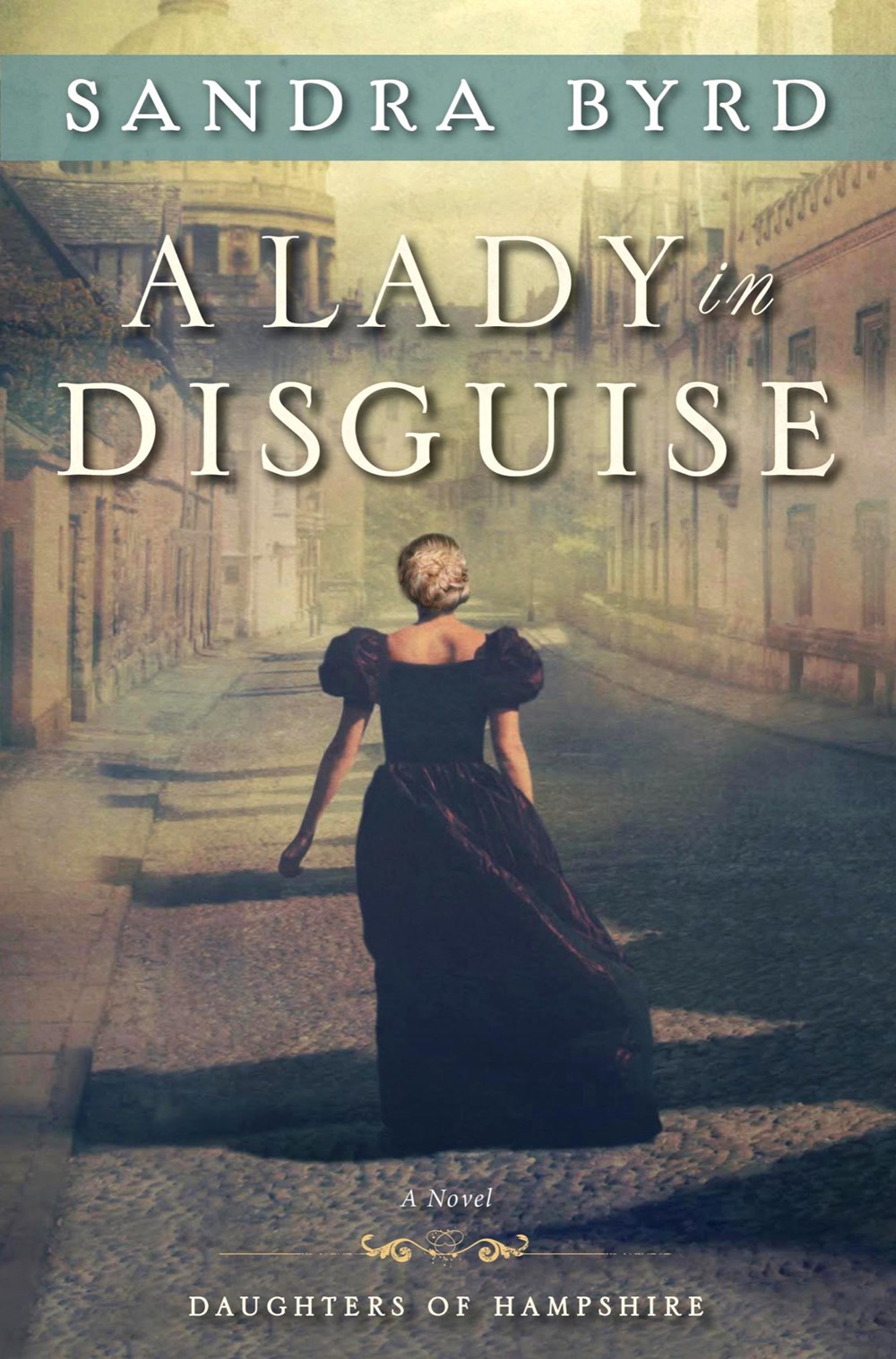 In this intriguing novel of romance, mystery, and clever disguise set in Victorian England, a young woman investigates the murder of her own father.

After the mysterious death of her father, Miss Gillian Young takes a new job as the principal costume designer at the renowned Drury Lane Theatre Royal. But while she remembers her father as a kind, well-respected man of the Police Force, clues she uncovers indicate he’d been living a double life: a haunting photograph of a young woman; train stubs for secret trips just before his death; and a receipt for a large sum of money. Are these items evidence of her father’s guilty secrets? His longtime police partner thinks so. Then Gillian meets the dashing Viscount Thomas Lockwood. Their attraction is instant and inescapable. As their romantic involvement grows, Gillian begins to suspect even Lockwood’s motives. Does Lord Lockwood truly love her? Or is his interest a front for the desire to own her newly inherited property? And what should she make of her friend’s suggestion that Lockwood or men like him were involved in the murder of her father? Soon Gillian is convinced that her father has left evidence somewhere that can prove his innocence and reveal the guilty party. But someone wants to stop her from discovering it. The closer she comes to uncovering it, the more menacing her opposition grows. With her life on the line, Gillian takes on an ingenious disguise and takes on the role of a lifetime to reveal the true killer—before it’s too late both for her and for those that she loves.”

For years now, I have been a fan of Sandra Byrd’s works. I have read her contemporary fiction and a couple of her young-adult series as well. This is my first experience with her historical writing, and I’ve discovered that, much like her other novels, this is something she brilliantly excels at. Let me begin with what A Lady in Disguise is all about.

Gillian Young has just lost her policeman father. Stunned to find out that her

father was in suspicion for police corruption, she tries to find any evidence she can to prove the contrary. However there are many dark forces in her way, men who will stop at nothing to make sure she doesn’t dig too deep. Simultaneously, Gillian meets an important man, Lord Lockwood. She likes him, very much, but with the tumultuous times she is worried about trusting the wrong person. Francis, an old friend and newly appointed sergeant in the police force, is also vying for her affections. Who can she trust? What is the truth behind all the chaos?

Victorian and period romances are some of my favorite genres. Among many fantastic attributes, this book had me gripped from the start with mystery, romance, and thought-provoking truths. I loved the 19th century London setting, with rich history involving the theater and many nods to one of my favorite classic stories, Little Women. The mystery was, although maybe a little conspicuous, very engaging. The romance was incredibly sweet between Gillian and Thomas — they were just the kind of couple that sizzles in a pure sort of way. If you are worried about a love triangle, don’t be. It was tastefully done, with Gillian’s reasonings clear, as well as her heart. Emotion was evident on every page, and I found myself empathizing with Gillian more than once, which is about all you can ask for in a main character.

If you enjoy stories that blend history and mystery with endearing romance and flawless writing, A Lady in Disguise is for you. The ending is as satisfying as they come and I enjoyed every bit of this beautiful story!

*I received this book free from the author in exchange for my honest review.

Thanks for reading, lovelies! Do you love Victorian romances? ♥