You are here: Home / Book Reviews / REVIEW: Because You’re Mine by Colleen Coble 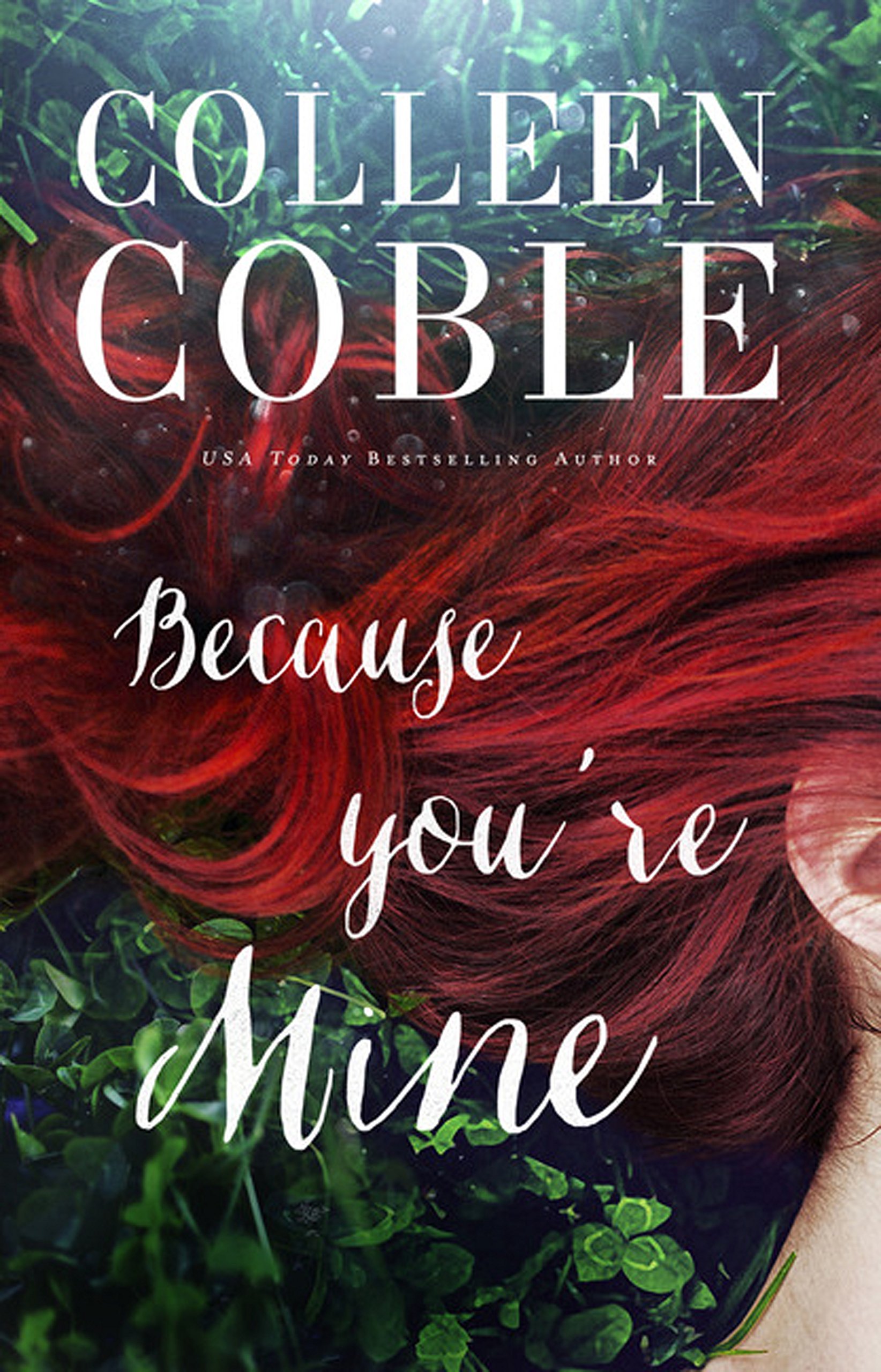 Because You’re Mine
by Colleen Coble

Alanna has been plagued by tragedy. So it should come as no surprise that in the beauty that surrounds Charleston, all is not as it seems. When her husband is killed by a car bomb while their band is on tour in Charleston, Alanna doesn’t know where to turn. Her father-in-law is threatening to take custody of the baby she carries, but the one thing she knows for sure is that she can’t lose the last piece of Liam she has left. Their manager offers her a marriage of convenience to gain her U.S. citizenship and allow her to escape her father-in-law’s control. It seems like the perfect solution . . . but her doubts begin almost as soon as she arrives at Barry’s family home, a decaying mansion surrounded by swamp. To make matters worse, Liam’s best friend survived the car bomb. She’s never really liked Jesse and now she can’t seem to get away from him. When he takes Liam’s place in their band, it’s almost more than she can bear. But then things start happening. Things that could easily cost Alanna her life—or the life of her unborn child. Are they merely coincidences? Or is there something much more sinister at work?

Alanna has a great life despite a rough childhood. Touring with her Irish band and loving husband Liam is everything to her, but that all changes when a car bomb kills her husband and leaves his suspicious best friend Jesse in the hospital facing multiple reconstructive surgeries and amnesia. To save her unborn child from being snatched by powerful in-laws in Ireland, she quickly remarries the attentive band’s manager, Barry. Moving to her new husband’s huge Southern mansion, little things start to make her think the place holds dark secrets and that it all may be connected to her.

If you read my recent post, you know that this book was on my list for 2017 releases I’m most excited for! I was fortunate enough to receive a copy of this gorgeous book for early review, so let me jump right to it. A book by Colleen Coble promises to be both exciting and alluring and that is exactly how I would describe this novel about tragedy befalling a beautiful, redheaded Irish musician. The events in Because You’re Mine transpire quickly, so it made it easy for me to keep reading and finish within a couple days.

Let me start by explaining what worked well in this book. The author sets the scene in a movie-like way. Every haunting musical performance, eerie night walk by the Carolinian swamps, windy drive by the sea…the wording appealed to my senses until I could almost hear the fiddler’s music and smell the earthy water. The atmosphere of grief and uncertainty was almost tangible. Anyone who has experienced any sort of loss will empathize with Alanna right away, something every reader appreciates. This is one of those reads that dives beneath the surface and touches on interesting topics, like how much your upbringing affects your adult life. Another great aspect was the actual plot. You know pretty much right away something sinister is afoot. I figured out the major “plot twist” rather quickly and found myself inwardly begging for the characters to figure it out as well. Which leads me to some things that didn’t work as well for the story.

I didn’t love the character development. I thought Alanna was pretty stale and unemotional for a good portion of the book. Logically I understood the reason why she remarried so quickly after her husband’s abrupt death, but her attitude regarding the situation didn’t ring true to me and she remained insincere throughout. I did enjoy the few chapters that switched to Jesse’s perspective, but even then I was a little disconcerted with the Irish slang they used. If I would’ve been able to just connect with the characters, this really could’ve been a five-star read for me.

Even with some minor qualms, I did enjoy this fast-paced story. Recommended to those who can’t get enough of this genre!

*I received a complimentary copy of this book from BookLook Bloggers in trade for my honest review.
**{Content: Contains violence and a sexual assault. There’s a scene involving attempted murder with a knife. Character is pushed down a hill. A poisonous snake is left in a character’s bed. A man tries to force himself on a woman, but woman hits him over the head with an object and gets away. Nothing is explicit.}

Leave your thoughts on the cover, synopsis, review, or anything at all below! Thanks so much for visiting Will Bake for Books! ♥