You are here: Home / Random / Giveaways / Book Giveaway: Signed copy of 5 to 1 by Holly Bodger

Happy November! I love the fall. I really do. The colors, the sweaters, the pumpkin spice coffee. It may be already November, with Christmas quickly approaching, but it’s still fall! To celebrate this gorgeous season plus the beginning of the holiday season, I thought I’d do a random book giveaway. I have quite a few books to give away but, like the bad blogger I am, I just haven’t put together a giveaway post in over two months. Ugh! I will do my best to keep ’em coming, you guys. 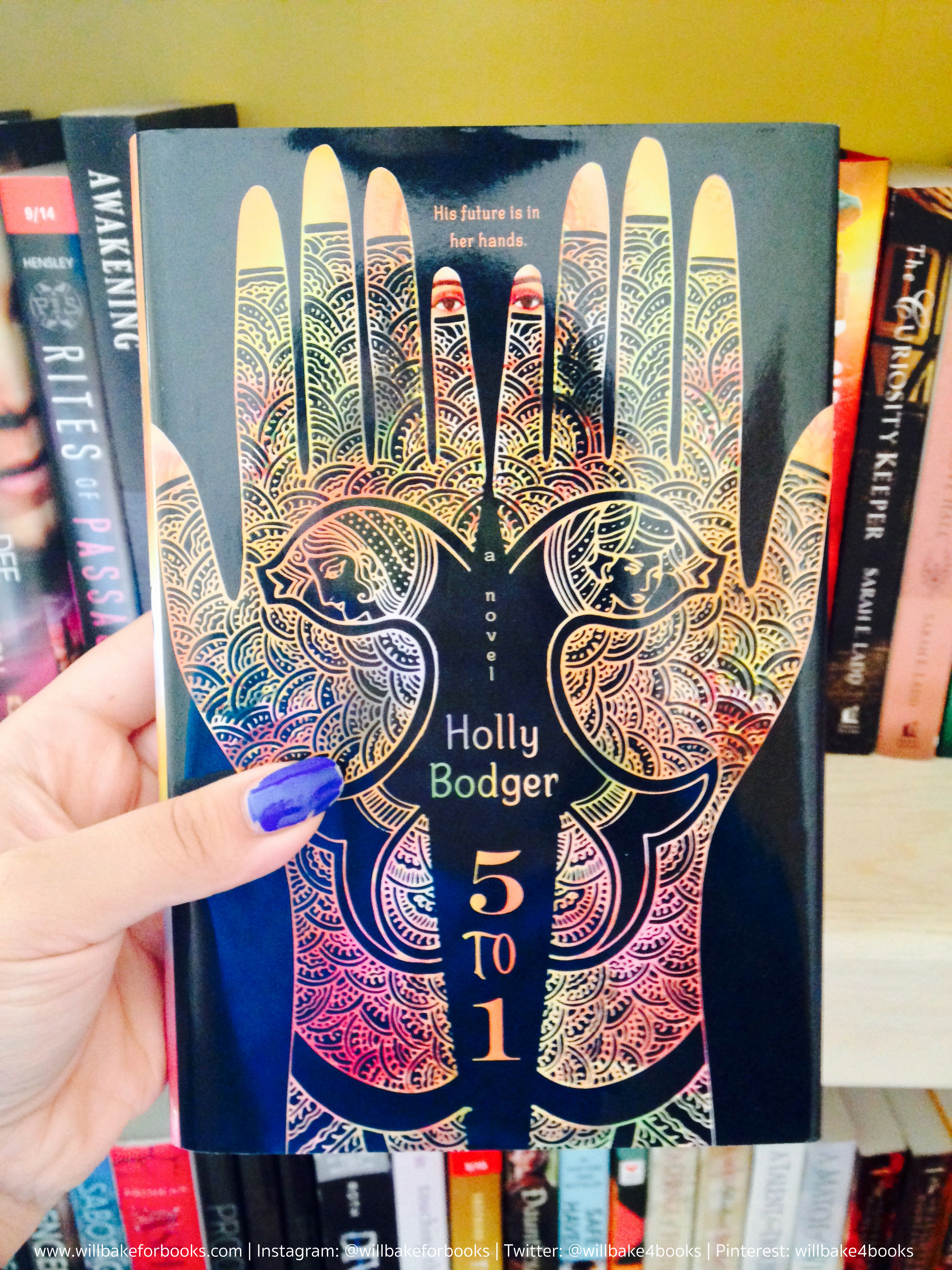 Anyways, this week’s giveaway is a signed hardcover copy of 5 to 1 by Holly Bodger. It’s a semi-new YA dystopian set in India. Isn’t it so pretty?! I haven’t read it yet, but it sounds pretty cool. Here’s a little synopsis from Goodreads.

In the year 2054, after decades of gender selection, India now has a ratio of five boys for every girl, making women an incredibly valuable commodity. Tired of marrying off their daughters to the highest bidder and determined to finally make marriage fair, the women who form the country of Koyanagar have instituted a series of tests so that every boy has the chance to win a wife.

Sudasa doesn’t want to be a wife, and Contestant Five, a boy forced to compete in the test to become her husband, has other plans as well. Sudasa’s family wants nothing more than for their daughter to do the right thing and pick a husband who will keep her comfortable—and caged. Five’s family wants him to escape by failing the tests. As the tests advance, Sudasa and Five thwart each other at every turn until they slowly realize that they just might want the same thing.

This beautiful, unique novel is told from alternating points of view—Sudasa’s in verse and Contestant Five’s in prose—allowing readers to experience both characters’ pain and their brave struggle for hope.

Interesting, huh? If you’d like to enter, here’s a couple rules. 1) Open to U.S. only. 2) Must be 16 years or older, or have permission from parent/guardian. 3) If commenting under anonymous, just leave a name so I can verify your entry. That’s it! 🙂

Good luck! Thanks so much for stopping by Will Bake for Books! ♥

Upcoming Tv Show Debuts
Happy Thanksgiving + a Novella Giveaway!
20 Things You Might Not Know About Me
Trailer Tuesday
« Berry Cobbler
15 Sweet Recipes That Will Get You in the Holiday Spirit »